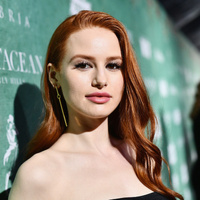 Madelaine Petsch Net Worth: Madelaine Petsch is an American actress, producer, and YouTube personality who has a net worth of $4 million. Petsch is best known for starring as Cheryl Blossom on The CW series "Riverdale" (2017–present), and she has appeared in films such as "F the Prom" (2017), "Polaroid" (2019), and "Sightless" (2020). She served as a co-producer on "Sightless," and in 2019, it was announced that she would star in and executive produce the comedy horror film "Clare at 16." Petsch has also released a line of sunglasses with Privé Revaux and an activewear line with Fabletics, and the skincare brand Bioré named her a brand ambassador in 2018.

Early Life: Madelaine Petsch was born Madelaine Grobbelaar Petsch on August 18, 1994, in Port Orchard, Washington. Her parents, Michele and Timothy, are South African, and she has a brother named Shaun. For the first 10 years of her life, Madelaine's parents regularly took her to South Africa to visit relatives. She started taking dance classes at age 3 and enrolled in theater classes two years later. Petsch attended the Tacoma School of the Arts, and after graduating, she moved to Los Angeles.

Career: In 2014, Madelaine appeared in a Coca-Cola ad campaign and made her film debut in the sci-fi horror movie "The Hive." In 2015, she guest-starred on the Nick at Nite/TV Land series "Instant Mom," and she appeared in the film "The Curse of Sleeping Beauty" in 2016. In 2017, Petsch starred in the teen comedy "F the Prom" and began playing Cheryl Blossom (aka "Cheryl Bombshell") on " Riverdale." The show began with the murder of Cheryl's beloved twin brother, Jason, and throughout the series, she has reigned as the Queen Bee at Riverdale High School, joined a cult, conversed with her brother's corpse, and found love with Toni Topaz. Madelaine has shown off her vocal chops in several episodes of the series, including "Chapter Fifty-One: Big Fun" and "Chapter Sixty-Seven: Varsity Blues." In 2019, she appeared in the supernatural horror film "Polaroid," and in 2020, she played the lead role in the Netflix film "Sightless," portrayed Jane Bennet in the "Pride and Prejudice" episode of "Acting for a Cause," and lent her voice to "The Hateful Eight-Year-Olds" episode of "The Simpsons." That year she also appeared in Kim Petras' "Malibu" music video and began voicing Eliza Gold on the podcast "The Shadow Diaries." 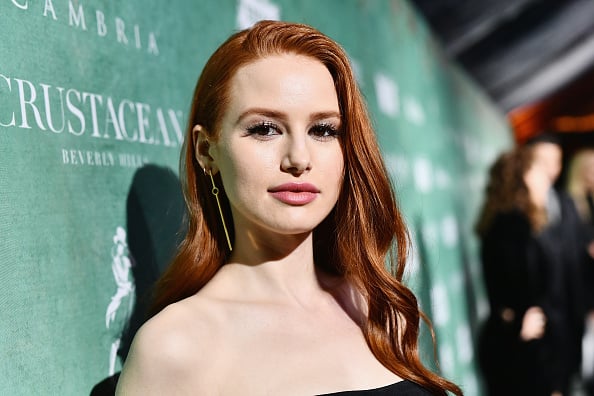 Personal Life: Madelaine dated musician/actor Travis Mills from 2017 to 2020. Due to the break-up and the COVID-19 pandemic, she said that 2020 was one of the  hardest years of her life, stating, "My mental health was at an all time low. Every day was definitely a challenge and therapy was absolutely key for me to keep sane." Petsch suffered from panic attacks and social anxiety before she was cast on "Riverdale" and has said that therapy helped her work through them. Madelaine was raised as a vegetarian and later began following a vegan diet; in 2017, she appeared in a PETA ad in which she wore a bodysuit made of bok choy.

Awards and Nominations: Petsch has been nominated for three Teen Choice Awards for "Riverdale," winning Choice: Hissy Fit in 2017 and 2018; Madelaine and co-star Vanessa Morgan were nominated for Choice Ship in 2019. "Riverdale" earned her an MTV Movie & TV Award for Scene Stealer in 2018, and Petsch and several of her castmates were nominated for Best Musical Moment for their performance of "Seventeen" in the season three episode "Chapter Fifty-One: Big Fun" in 2019. That year, Madelaine also received a Shorty Award nomination for Breakout YouTuber of the Year.