What is Maddie Ziegler's Net Worth and Salary?

Maddie Ziegler is an American dancer, actress, author and model who has a net worth of $5 million. Maddie Ziegler is best known for appearing in the reality television series "Dance Moms" from 2001 until 2016 and starring in a trilogy of music videos for Australian pop star Sia.

Maddie Ziegler was born on September 20th of 2002, in Pittsburgh, Pennsylvania. She is of German, Polish, and Italian descent, and her parents, Melissa Ziegler-Gisoni and Kurt Ziegler, owned a mortgage company. In 2011, her parents divorced, and her mother married Greg Gisoni. Maddie has a younger sister named Mackenzie Ziegler, two older half-brothers, and two older half-sisters.

Ziegler began dance lessons at the age of two and joined the Abby Lee Dance Company at age four, where she trained in ballet, tap, lyrical, contemporary, acro, jazz, and aerial dance. Maddie attended Sloan Elementary School in Murrysville, near Pittsburgh, Pennsylvania, until she was six, when she began homeschooling. Ziegler grew up in Murrysville, but she began working and spending time in Los Angeles as a teenager.

In 2011, at eight-years-old, Maddie appeared with her mother on the first season of Lifetime's Dance Moms, a reality television series about the dancers on the Abby Lee Dance Company Elite Competition Team and their contentious mothers. Ziegler was a standout during her six seasons on the show, appearing on the show until 2016.

Maddie gained massive recognition in 2014 when she starred in the music video "Chandelier" by Australian pop sensation Sia. The video won the Australian Recording Industry Association Award for Best Video, was nominated for Video of the Year at the 2014 MTV Video Music Awards and won Best Choreography. Additionally, the video was nominated for the Grammy Award for Best Music Video in 2015. "Chandelier" received more than 2 billion views on Youtube, at one point being the 13th most viewed video of all-time.

In 2015, Ziegler starred in another video by Sia, alongside actor Shia LaBeouf for the song "Elastic Heart." The video has accumulated over 1 billion views on YouTube. Later that year, Maddie starred in Sia's music video for "Big Girls Cry," concluding her trilogy of videos with the pop star.

Following the video's success, Ziegler made several live performances with Sia, including The Ellen DeGeneres Show, Saturday Night Live, Dancing With the Stares, Jimmy Kimmel Live!, and the Hollywood Bowl. Maddie performed "Chandelier" alongside Sia and Kristen Wiig a the 2015 Grammy Awards. 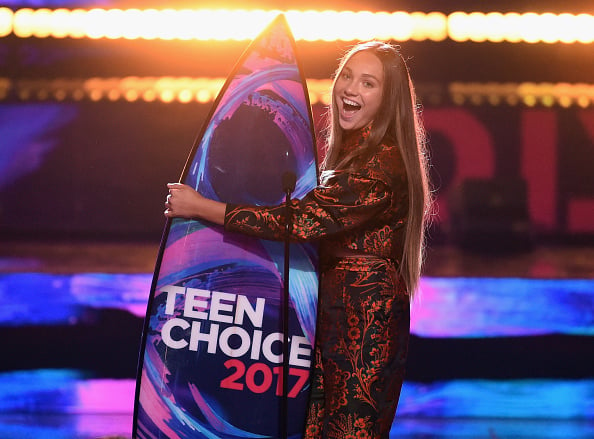 Ziegler landed her first professional acting job in 2012, portraying the character Young Deb on the Lifetime series "Drop Dead Diva." In 2014, Maddie made a guest-star appearance in Episode 34 of "HitStreak Summer." A year later, she found guest roles on the Disney Channel series "Austin & Ally," as well as ABC Family's "Pretty Little Liars."

In 2016 and 2017, Ziegler guest-starred on two episodes of Nickelodeon's "Nicky, Ricky, Dicky & Dawn." Maddie voiced the Character Camille in the English version of the animated film "Ballerina," released in the US as "Leap!" in 2017.

Ziegler co-starred in a musical film written and directed by Sia, called "Music," which was released in Australia in January of 2021. The film is expected to be released in the US in February 2021 on IMAX screens. Maddie is also scheduled to appear as Velma in Steven Spielberg's soon-to-be-released version of the "West Side Story." She is also starring in the upcoming high school drama film "The Fallout."

In 2017, Ziegler released her memoir, "The Maddie Diaries," which became a New York Times Best Seller. Maddie has also written a trilogy of short-novels for middle-grade readers, which follows Harper, a 12-year-old dancer, as she and her family relocate to a new state. It focuses on the challenges the young girl faces as she attempts to make new friends while battling for a place on a competitive dance team. The three novels, "The Audition," "The Callback," and "The Competition," were released successively in 2017, 2018, and 2019.

Ziegler has represented and modeled for countless brands, such as Target, Ralph Lauren, Clean & Clear, and Tiffany & Co. She has been featured on the cover of numerous magazines and in fashion editorials for Elle, Nylon, Seventeen, Maniac, Harper' Bazaar, Cosmopolitan, Dance Spirit, Vanity Fair Italia, Teen Vogue, and Galore.

Maddie appeared on the front cover of Sia's 2017 album "Everyday is Christmas." Ziegler has more than 14 million Instagram followers. 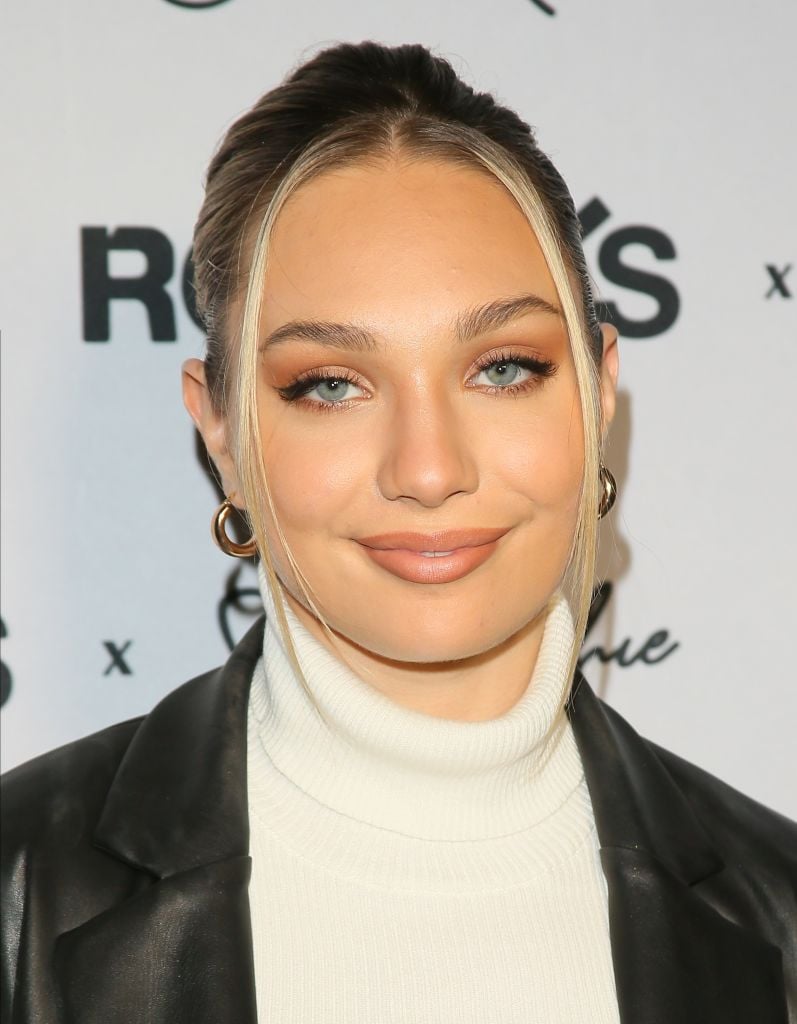 In 2012, Ziegler, together with her sister and mother, partnered with Starlight Children's Foundation to raise awareness for chronically ill youth. In 2016, Maddie and her sister gave a public service announcement for DoSomething.org's Birthday Mail campaign, which encouraged the public to send personalized birthday cars to children living in homeless shelters. Later that year, she performed at Nigel Lythgoe's Dizzy Feet Foundation gala to raise funds for dance programs for low-income children and scholarships for talented youth at dance schools in the US.

In 2017, Ziegler partnered with Dancers Against Cancer and has since appeared in several public service announcements to raise funds for people battling cancer. In 2018, Maddie joined Sia and MAC cosmetics and released an ad for a red lipstick with all proceeds to benefit the company's AIDS Fund.

In December 2022 Maddie paid $2.555 million for home in the Hollywood Hills of Los Angeles. The seller was actor Jeffrey Jones. Jones bought the home in 1999 for $565 thousand.