She was 13 years old when she made her debut as Carol Morrison in the film. She went on to play Julie Cooper Horvath in "One Day at a Time", but was arrested for cocaine possession and public intoxication in 1997. Phillips struggled on set and after a six-week break from filming, she was fired in 1980. She nearly died from overdoses twice before going in for treatment. A year later, Phillips returned to "One Day at a Time", but she relapsed in 1982, refused to take a drug test, and was fired for a second time. Julie Cooper Horvath was written off the show and Phillips became part of the group The New Mamas and The Papas. A decade after leaving "One Day at a Time" for good, Phillips spent nine months in a drug rehab facility. In 1999, she landed the role of Molly Phillips on the Disney Channel series "So Weird". She would be arrested for drug possession in 2008 and appeared on "Celebrity Rehab" in 2010. In her 2009 book, "High on Arrival", she accused her father of shooting her up with cocaine when she was a young girl and alleged she had a consensual sexual relationship with him over the course of a decade that ended with an abortion. Phillips has been married to two different men. Her first marriage to Jeffrey Sessler ended in 1981 after two years, while her second, to musician Michael Barakan, ended in 2000. She and Barakan have one son together. 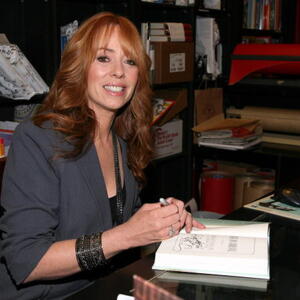