Mackenzie Crook net worth: Mackenzie Crook is an English actor and stand-up comedian who has a net worth of $4 million. Mackenzie Crook was born in Maidstone, Kent, England in September 1971. Crook was the illustrator and cartoonist for his school magazine in grammar school. At 15 he joined the Orchard Youth Theatre in Dartford.

His screen debut came in the 1996 film The Man Who Fell In Love with a Traffic Cone!. In 1998 Crook starred in the television series Barking. From 2001 to 2003 he starred as Gareth Keenan in the TV series The Office. In 2006 Crook starred in the TV series Popetown. In 2013 he had the recurring role of Orell in the series Game of Thrones. From 2013 to 2014 he starred as Rudy Lom in the TV series Almost Human and in 2014 as Andy in the series Detectorists. Crook has also starred in the movies Still Crazy, Pirates of the Caribbean: The Curse of the Black Pearl (as Ragetti), The Gathering, The Merchant of Venice, Finding Neverland, The Brothers Grimm, Pirates of the Caribbean: Dead Man's Chest, Pirates of the Caribbean: At World's End, The Adventures of Tintin, and Muppets Most Wanted. He has been nominated for a British Comedy Award, Empire Award, and Screen Actors Guild Award. 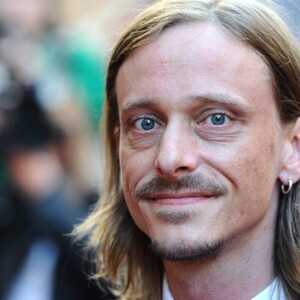