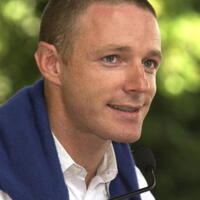 Mackenzie Astin net worth: Mackenzie Astin is an American actor who has a net worth of $5 million. Mackenzie Astin was born in Los Angeles, California in May 1973. He has almost 100 acting credits to his name starting in 1982 in the TV movie Lois Gibbs and the Love Canal. Astin starred as Andy Moffett in the television series The Facts of Life from 1985 to 1988. He starred as Noah Baker in the TV series Scandal from 2014 to 2015 and as Richard in the series The Magicians in 2016. Astin has starred in the movies The Garbage Pail Kids Movie, Iron Will, Wyatt Earp, Dream for an Insomniac, The Evening Star, In Love and War, The Last Days of Disco, The Mating Habits of the Earthbound Human, Stranger Than Fiction, Welcome 2 Ibiza, Two days, How to Deal, The Final Season, and Hell and Mr. Fudge.  In 1986 he won a Young Artist Award for The Facts of Life and in 2005 he won an Online Film & Television Association Award for Lost.