M. Emmett Walsh, also known as Michael Emmett Walsh, is an American actor who has a net worth of $1.5 million dollars. He was born in Ogdensburg, New York on March 22, 1935. He was then raised in Vermont and attended college at Clarkson University. It was not until his thirties that he discovered the world of acting.

He has made an appearance in over 200 film and television productions. Since the 1970's he has played cops, crooks, and comedic roles. In 1972 he appeared on The Sandy Duncan Show, as Alex Lembeck , motorcycle cop. He played a parole officer in 1978 in the film Straight Time. In the Steve Martin comedy The Jerk, Walsh had the role of a crazed sniper. Two of his most well-known roles were Bryant in Blade Runner and the private detective in Blood Simple. In 1986 he was awarded the Independent Spirit Award for Best Male Lead in Blood Simple. Walsh can also be seen on Home Improvement as Tim Allen's father-in-law, as a U.S. Senator in Killer Image, and in the movie Christmas with the Kranks. Film Critic Roger Ebert coined the "Stanton-Walsh rule" declaring that any film starring Walsh or Harry Dean Stanton has to have some merit. 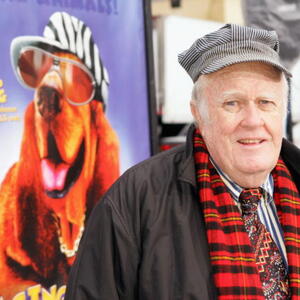