Lynsey Bartilson net worth: Lynsey Bartilson is an American actress, dancer, and singer who has a net worth of $1.5 million. Lynsey Bartilson was born in Edina, Minnesota in July 1983. One of her best known roles came starring as Lily Finnerty on the television series Grounded for Life from 2001 to 2005. Bartilson starred on the TV series Extra Butter, Please from 2011 to 2012.

From 2010 to 2013 she starred as Becka on the series The Online Gamer. Lynsey Bartilson has also had recurring roles on the TV series Moloney in 1997, Party of Five in 1998, and Pyscho Girlfriend from 2010 to 2011. She has starred in films including Mrs. Santa Claus, Bad Roomies, and This Is Christmas. Lynsey Bartilson has appeared in episodes of TV series including Married…with Children, 7th Heaven, That '70s Show, The Amanda Show, Early Edition, Judging Amy, NYPD Blue, Malcolm in the Middle, NCIS, Bones, and more. 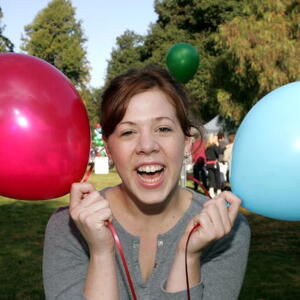