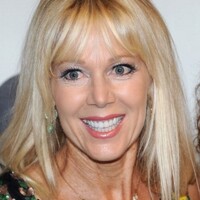 Lynn-Holly Johnson net worth: Lynn-Holly Johnson is an American professional ice skater and actress who has a net worth of $3 million. Lynn-Holly Johnson was born in Chicago, Illinois in December 1958. She had success as a figure skater in the 1970s before starting her acting career. She won a silver medal at the 1974 U.S. Figure Skating Championships and later joined the Ice Capades. She made her acting debut starring as Alexis Winston in the 1978 film Ice Castles. Johnson went on to star in the movies The Watcher in the Woods, For Your Eyes Only, Where the Boys Are, Alien Predator, Angel River, The Sisterhood, Hyper Space, Out of Sight, Out of Mind, Diggin' Up Business, and The Criminal Mind. She returned to community theater in a 2007 production of It's a Wonderful Life. Johnson won a Golden Raspberry Award for Worst Supporting Actress at the Razzie Awards in 1985 for Where the Boys Are. She was nominated for a Golden Globe Award for New Star of the Year in a Motion Picture – Female for Ice Castles in 1980.