Lyndsey Marshal Net Worth: Lyndsey Marshal is an English actress who has a net worth of $2 million. Born in Manchester, England, in 1978, Lyndsey Marshal enrolled in the Royal Welsh College of Music and Drama. She made her on-screen debut in an episode of "Peak Practice" in 2000. At the same time, Marshal began working on stage with an appearance as Olga in "Fireface" at the Royal Court Theatre.

Within a year, Marshal won the Critics' Circle Theatre Award for Best Newcomer after her performance in "Redundant" and "Boston Marriage". She also won the TMA Theatre Award for Best Supporting Actress for "A Midsummer Night's Dream" in 2003. Her other stage appearances include "Greenland", "Three Days of Rain", and "Othello". Marshal has been honored with nominations for the 2006 Ian Charleson Award, the 2002 Olivier Award for Best Supporting Actress, and the 2002 Evening Standard Award for Best Newcomer. Marshal's best-known screen role was as Lottie Hope in "The Hours" and Cleopatra on "Rome". She also appeared in "Garrow's Land", "A Short Stay in Switzerland", "Festival", "The Real George Orwell – Homage to Catalonia", "The Young Visiters", "Being Human", and "In the Dark Half". Marshal now lives in Kings Cross, London, with her documentary-maker partner. 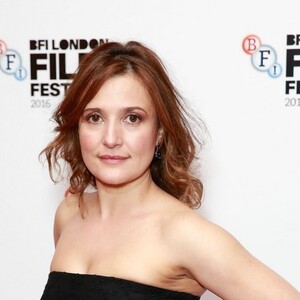