Lynda Bellingham net worth: Lynda Bellingham is a British actress, broadcaster, and author who has a net worth of $10 million dollars. Lynda Bellingham, also known as Meredith Lee Hughes, was born in Montreal, Quebec, Canada, but grew up in Aston Abbots in Buckinghamshire, England. She went on to attend the Central School of Speech and Drama.

She began her professional acting career onstage, and then moved on to film and television work. She began to gain widespread notice when she was cast on the soap opera, "General Hospital" in the 70s. From there she went on to appear in such projects as, "Tell Tarby", "Z Cars", "Couples", "Sweeney!", "Doctor Who", "All Creatures Great and Small", "Second Thoughts", "Faith in the Future", "Waking the Dead", "At Home with the Braithwaites", "The Bill", "Holby City", and "Mister Eleven". Most recently, she has served as host of the series, "Country House Sunday". She also appeared on the seventh season of "Strictly Come Dancing" in 2009. 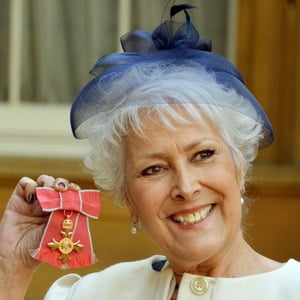