Early Life and Career Beginnings: Lupita Amondi Nyong'o was born in on March 1, 1983, in Mexico City, Mexico, to Kenyan parents. Her family had left Kenya in 1980 due to political repression and unrest, and her father, Peter Anyang' Nyong'o, was working as a guest professor at the El Colegio de Mexico. Nyong'o is the second of six children, and identifies as Kenyan-Mexican; she has dual Kenyan and Mexican citizenship. When she was less than a year old, her father was appointed as a professor at the University of Nairobi, and the family returned to Kenya.

As a teenager, Nyong'o local productions in Nairobi; she made her professional acting debut when she was fourteen years old in a production of "Romeo and Juliet" by the Nairobi-based company the Phoenix Players. Nyong'o graduated from St. Mary's School in Nairobi with an IB Diploma in 2001. She continued her education at Hampshire College in the United States, where she pursued a degree in film and theatre studies.

Nyong'o started her career in the entertainment and film industry as a member of the production crew for various films, such as "The Constant Gardener" (2005), directed by Fernando Meirelles; "The Namesake" (2006), directed by Mira Nair; and "Where God Left His Shoes" (2007), directed by Salvatore Stabile. Inspired by working on these films, Nyong'o began working on her own projects. In 2008, she starred in a short film called "East River". That same year she returned to Kenya, where she appeared in the television series "Shuga". Then, in 2009, she wrote, directed, and produced her own documentary about the albino population in Kenya, "In My Genes". It actually won first prize at the Five College Film Festival. Also in 2009, she directed the music video for the song "The Little Things You Do" by Wahu, and the video was nominated at the 2009 MTV Africa Music Awards for the Best Video Award. Then, Nyong'o enrolled at the Yale School of Drama to pursue a master's degree in acting.

Hollywood Career: After graduating from Yale, Nyong'o almost immediately landed her breakout role that launched her into Hollywood stardom—she was cast as Patsey in the film "12 Years a Slave" (2013), directed by Steve McQueen. Her Hollywood acting debut was met with rave reviews, and earned her with multiple award nominations. She was nominated for a Golden Globe Award for Best Supporting Actress, a BAFTA Award for Best Actress in a Supporting Role, and two Screen Actors Guild Awards. In addition to all of her nominations, she actually won the Academy Award for Best Supporting Actress, making her only the sixth black actress in history to do so. She is also the first African actress to win the award, and the first Kenyan actress to win an Oscar. 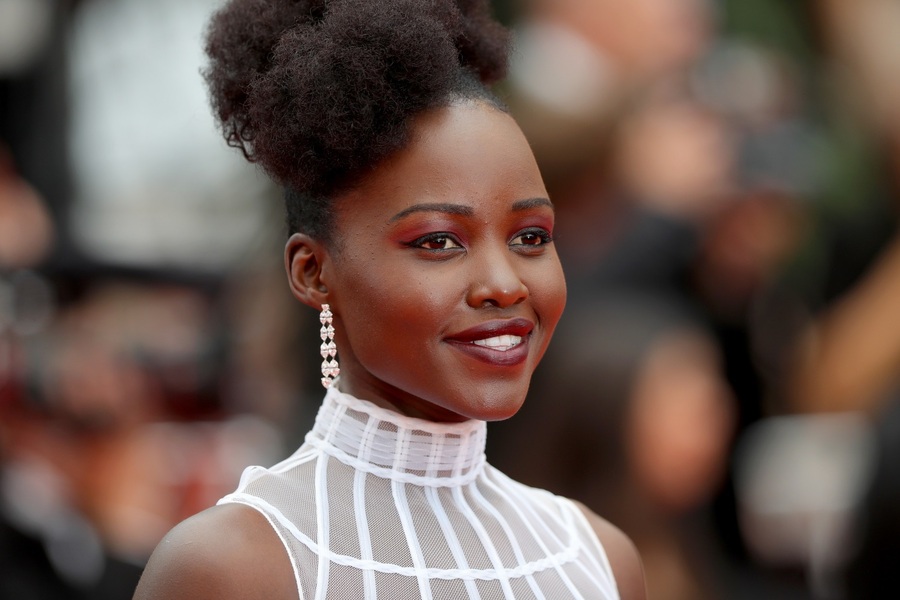 Nyong'o went on to have a supporting role in the film "Non-Stop" (2014), which she followed up with a co-starring role in "Star Wars: The Force Awakens" (2015), as space pirate Maz Kanata. For her role in "Star Wars", Nyong'o actually does not appear on screen as herself; her character was created through motion capture technology and CGI. In 2015, Nyong'o made a return to theater and the stage when she starred in a production of Danai Gurira's play "Eclipsed". The production at The Public Theater in New York City was the venue's fastest-selling new production in recent history, and was so popular it moved to Broadway and premiered at the John Golden Theatre the following year. There, the production made history to be the first play to premiere on Broadway with a cast and crew composed entirely of black women.

In 2016, Nyong'o returned to the screen with the live-action/CGI film "The Jungle Book", adapted from the original animated film from 1967. She voiced the role of Raksha the wolf. Then, also in 2016, she co-starred in the film "Queen of Katwe", directed by Mira Nair. The film follows the true story of Ugandan chess prodigy Phiona Mutesi. She reprised her role as Maz Kanata in two "Star Wars" projects: the film "Star Wars: The Last Jedi" (2017) and the animated series "Star Wars Forces of Destiny" (2017-2018).

In 2018, Nyong'o joined the extensive list of A-list stars that play characters in the Marvel Cinematic Universe when she was cast as Nakia in the Marvel superhero film "Black Panther". To prepare for the role, she not only leanred how to speak Xhosa, but also took classes and trained in judo, jujitsu, silat, and Filipino martial arts. The film was a huge success, and Nyong'o was nominated for a Saturn Award for Best Actress for her performance. She went on to star in the films "Little Monsters" (2019), "Us" (2019), and "Star Wars: The Rise of Skywalker" (2019). Additionally, she narrated the documentary series "Serengeti" on the Discovery Channel.

Other Work: In addition to acting, Nyong'o is a published author. Her first book, "Sulwe", was published by Simon & Schuster Books for Young Readers in 2019. It won the award for Outstanding Literary Work – Children at the 2020 NAACP Image Awards.

Personal Life: In addition to English, Nyong'o is fluent in Swahili, Spanish, and Luo. She is widely known for her philanthropic and advocacy work. Some of the organizations she works with include the National Trust for Historic Preservation, WildAid, and Mother Health International. 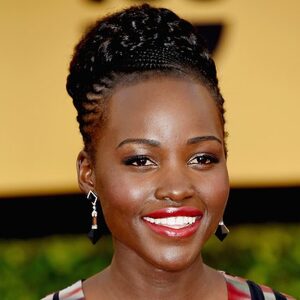