Lupe Ontiveros Net Worth: Lupe Ontiveros was an American actress who has a net worth of $250 thousand dollars. Born in El Paso, Texas on September 17, 1942, Lupe Ontiveros was best known for her devious role as the manager of Selena in the 1997 film, Selena. Though Ontiveros had been active in the entertainment industry since 1976 and had performed several different roles in several major films and television series, he left an image burned into viewers' memories with her honest and corrupt portrayal of the character.

She attended El Paso High School as well as Texas Woman's University in Denton, Texas. She received a degree in social work and went on to pursue acting and have three children. Ontiveros has starred in many other films and television shows such as Desperate Housewives-for which she was nominated for an Emmy Award, Charlie's Angels, King of the Hill, Rob!, Beverly Hills Chihuahua 2, Our Family Wedding, and many more. Ontiveros was married to her husband, Elias, and lived in Pico Rivera, California until her death on July 26, 2012 in Whittier, California. She had been diagnosed with liver cancer, which proved terminal. 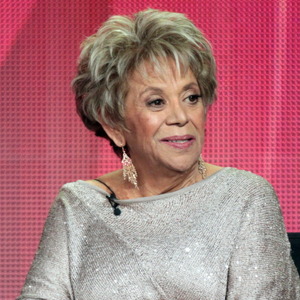