Early Life: Luke Wilson was born Luke Cunningham Wilson on September 21, 1971, in Dallas, Texas. His mother, Laura, is a photographer, and his father, Robert (who passed away in 2017), was an advertising executive. Luke is the younger brother of actors Owen and Andrew Wilson, and he has collaborated with them on several film projects. Raised in an Irish Catholic household, Luke studied at St. Mark's School of Texas, where he was class president. Wilson began acting while he was a student at Occidental College in Los Angeles.

Career: In 1992, Wilson co-starred with his brothers in the short film "Bottle Rocket," which was directed by Wes Anderson and released in 1994. When the feature film version of "Bottle Rocket" was released in 1996, it earned positive reviews, and famed director Martin Scorsese said that it was one of his favorite movies of the decade. Luke, Owen, and Andrew moved to Hollywood together, and in 1997, he appeared in the black comedy "Bongwater," co-starred with Kevin Bacon and Calista Flockhart in "Telling Lies in America," worked with future girlfriend Drew Barrymore for the first time in "Best Men," and played Billy Loomis in film-within-a film "Stab" in the hit horror movie "Scream 2." The following year, Wilson reunited with Barrymore in "Home Fries," starred in the romantic comedy "Dog Park," co-starred with Jason Schwartzman and Bill Murray in Wes Anderson's "Rushmore," and had a memorable role on the "Bad Blood" episode of "The X-Files."

Luke ended the 1990s with roles in the comedies "Kill the Man" and "Blue Streak," and in 2000, he starred in "My Dog Skip," "Committed," and "Bad Seed" and teamed up with Barrymore again for "Charlie's Angels," which grossed $264.1 million at the box office; he reprised his role in 2003's "Charlie's Angels: Full Throttle." In 2001, Wilson co-starred with Reese Witherspoon in "Legally Blonde" (reprising his role in 2003's "Legally Blonde 2: Red, White and Blonde), appeared in the horror film "Soul Survivors," and was part of an all-star cast in another Wes Anderson film, "The Royal Tenenbaums." From 2002 to 2005, Luke had a recurring role on "That '70s Show," playing Casey Kelso on six episodes, and in 2004, he guest-starred on "Entourage" and hosted "Saturday Night Live." In 2003, Wilson appeared in the Farrelly brothers' "Stuck on You" and Rob Reiner's "Alex & Emma," and he starred in "Old School" alongside Will Ferrell and Vince Vaughn; the three would go on to appear together in 2004's "Anchorman: The Legend of Ron Burgundy" and "Wake Up, Ron Burgundy: The Lost Movie."

Luke made his directorial debut with 2005's "The Wendell Baker Story," which he also wrote, produced, and starred in. Like "Bottle Rocket," "The Wendell Baker Story" was a family affair; Andrew co-directed and Owen co-starred in the film. In 2006, Wilson co-starred with Maya Rudolph and Dax Shepard in Mike Judge's "Idiocracy," and he starred in six films in 2007, including "3:10 to Yuma," "Blades of Glory," and "Vacancy." Luke played the title role in 2008's "Henry Poole Is Here," and he also had notable roles in "Death at a Funeral" (2010), "Middle Men" (2010), and "The Skeleton Twins" (2014) as well as the animated feature films "Battle for Terra" (2007) and "Rock Dog" (2016). In 2020, Wilson appeared in the Netflix movie "All the Bright Places," and he is set to co-star with Martin Sheen and Robert Duvall in the football film "12 Mighty Orphans."

Personal Life: Luke dated Drew Barrymore from 1997 to 1999 and his "The Royal Tenenbaums" co-star Gwyneth Paltrow from 2001 to 2002. He was also in a 6-year relationship with former basketball player Meg Simpson, which ended in 2014. Luke's nickname, "One-Take Wilson," was given to him by the crew of "Old School" for his ability to nail scenes on the first take. Wilson is considered a member of "The Frat Pack," which also includes his brother Owen, Will Ferrell, Vince Vaughn, Steve Carell, Jack Black, and Ben Stiller.

Awards and Honors: At the 2014 High Desert International Film Festival, Wilson won the awards for Best Actor, Best Screenplay, and Best Drama Short Film for "Satellite Beach." The film also won a Jury Award for Kickass Original Short Film at the LA Indie Film Fest, a Grand Jury Prize for Best Fiction Short at the Red Rock Film Festival, the Best Short Comedy award at the River Bend Film Festival, and the Bruce Corwin Award for Best Live Action Short Film at the Santa Barbara International Film Festival. "Bottle Rocket" was named Debut of the Year at the 1996 Lone Star Film & Television Awards, and "The Wendell Baker Story" won the Best Film award at the 2005 Vail Film Festival. In 2005, Luke and his brothers won a German Independence Honorary Award from the Oldenburg Film Festival. In 2015, Wilson was inducted into the Texas Film Hall of Fame.

Real Estate: Luke owns several homes in the Los Angeles area. His Santa Monica home is actually a large double-lot with panoramic views from the mountains to the ocean. This property alone could be worth as much as $20 million in the right real estate market. 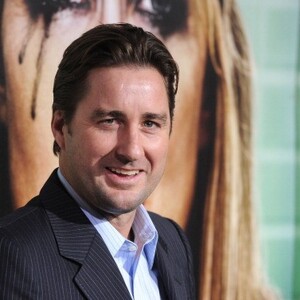