Luke Hemsworth net worth: Luke Hemsworth is an Australian actor who has a net worth of $3 million. Luke Hemsworth was born in Melbourne, Victoria, Australia in November 1980. He is best known for starring as Nathan Tyson in the television series Neighbours. Luke's brothers are actors Chris Hemsworth and Liam Hemsworth.

From 2001 to 2008 he had a recurring role in the TV series Neighbours. Hemsworth has also had recurring roles in the TV series Blue Heelers, Last Man Standing, Tangle, Bikie Wars: Brothers in Arms, and Winners & Losers. He has starred in the movies The Reckoning, The Anomaly, Kill Me Three Times, and Infini. Hemsworth has also appeared in episodes of the TV series The Saddle club, All Saints, Satisfaction, The Elephant Princess, Carla Cametti PD, and The Bazura Project. 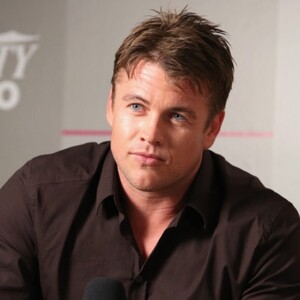