What is Luke Evans' Net Worth?

Luke Evans is a Welsh actor and singer who has a net worth of $9 million. Luke Evans started his career on stage in West End productions of "Rent," "Miss Saigon," and "Piaf," among others. Since then, he has appeared in numerous films, including the 2010 "Clash of the Titans" remake, "Immortals," "Fast & Furious 6," Peter Jackson's "The Hobbit" trilogy, and "Professor Marston and the Wonder Women." On television, Evans stars on "The Alienist," and had main roles in the miniseries "The Pembrokeshire Murders" and "Nine Perfect Strangers."

Luke Evans was born on April 15, 1979 in Pontypool, Wales as the only son of Yvonne and David. He was brought up as a Jehovah's Witness in the small village of Aberbargoed, before leaving the religion at the age of 16. Subsequently, Evans moved to Cardiff, where he studied under singing coach Louise Ryan. Shortly after this, he won a scholarship to London Studio Centre, from which he graduated in 2000.

Following his graduation from London Studio Centre, Evans appeared in a number of stage productions on London's West End; his credits included "La Cava," "Miss Saigon," "Rent," "Avenue Q," and "Taboo." He had something of a breakthrough in 2008, when he landed the role of Vincent in Peter Gill's "Small Change." This performance attracted the attention of American casting directors, and earned Evans an Evening Standard Award nomination for Outstanding Newcomer. Also in 2008, he portrayed actor Yves Montand in the show "Piaf."

Evans broke out on the big screen in 2010, when he appeared in four feature films. The first to be released was the biopic "Sex & Drugs & Rock & Roll," in which he played the supporting role of Clive Richards. Next, he appeared as the Greek god Apollo in the remake of the action fantasy film "Clash of the Titans." Evans' other two 2010 films were Stephen Frears' romantic comedy "Tamara Drewe" and Ridley Scott's action film "Robin Hood," in which he played the Sheriff of Nottingham's thug. Evans appeared in four more films in 2011: the action thriller "Blitz"; Paul W. S. Anderson's version of "The Three Musketeers"; the dark comedy "Flutter"; and Tarsem Singh's fantasy action film "Immortals," in which he played Zeus. The next year, Evans had leading roles in the thrillers "Ashes" and "The Raven" and in the horror film "No One Lives."

In 2013, Evans debuted two roles: the antagonist Owen Shaw in the action film sequel "Fast & Furious 6" and Bard the Bowman in the second part of Peter Jackson's Tolkien adaptation, "The Hobbit: The Desolation of Smaug." He would later reprise both of these roles in the films' respective sequels. In 2014, Evans starred as Vlad Drăculea and his alter-ego Dracula in the fantasy action film "Dracula Untold." He was subsequently in the dystopian film "High-Rise," the action thriller "Message from the King," and the psychological thriller "The Girl on a Train." In 2017, Evans took on the villainous role of Gaston in Disney's live-action remake of its own "Beauty and the Beast," and also starred as William Moulton Marston, the creator of Wonder Woman, in "Professor Marston and the Wonder Women." His other notable credits have included "State Like Sleep," "10×10," "Ma," "Murder Mystery," "Anna," "Angel of Mine," "Midway," and "Crisis." 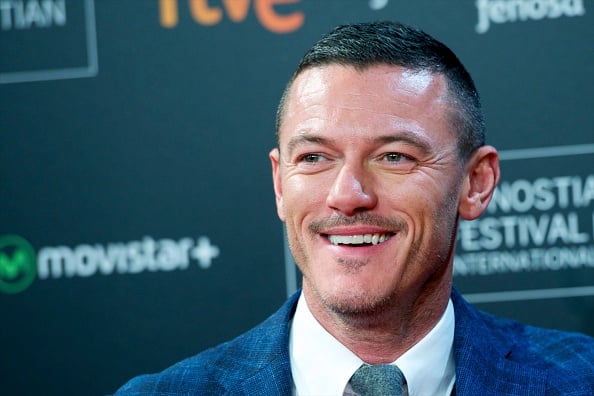 Evans had his first role on television in 2013, portraying real-life criminal Bruce Reynolds in the British miniseries "The Great Train Robbery." He had his next main role beginning in 2018, when he was cast as New York Times illustrator John Moore on the TNT period drama series "The Alienist," based on the eponymous novel by Caleb Carr. In 2020, Evans voiced the character King Merriman on the Hulu animated series "Crossing Swords." The following year, he starred as Detective Superintendent Steve Wilkins in the three-part British miniseries "The Pembrokeshire Murders." The same year, Evans appeared as part of the ensemble cast of the Hulu series "Nine Perfect Strangers," costarring Nicole Kidman, Melissa McCarthy, Michael Shannon, Bobby Cannavale, and Samara Weaving, among others. His later credits include the Disney+ miniseries "Little Town," in which he reprises his role as Gaston, and the Apple TV+ series "Echo 3," based on the Israeli series "When Heroes Fly" and the novel that inspired it.

Beyond film and television, Evans has made forays into the world of music. In November of 2019, he released his debut album, "At Last," which peaked at number 11 on the UK Albums Chart. Singles from the album include "Changing" and a cover of Pat Benatar's "Love is a Battlefield." In 2021, Evans embarked on a tour supporting "At Last."

Evans has been openly gay since giving an interview with the UK's Gay Times in the early 2000s. Although he prefers to keep his private life away from the eyes of the press, he was in reported relationships with Colombian actor Victor Turpin and Argentine art director Rafael Olarra in the late 2010s. In an interview from 2021, Evans talked about his interest in one day having children. 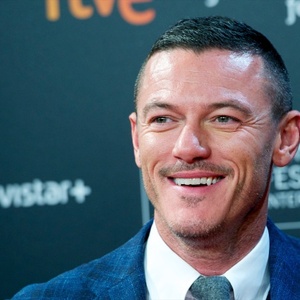