Luis Antonio Ramos Net Worth: Luis Antonio Ramos is a Puerto Rican-born American actor who has a net worth of $2 million. Luis Antonio Ramos was born in San Germán, Puerto Rico. In the field of television, he is known for his roles in such productions as the series How To Grow Up In America, The Unit, Burn Notice, Wanted, Numb3rs, The Shield, Early Edition, CSI Miami, The Closer, Alias, Nip/Tuck, CSI: Crime Scene Investigation, Friends, Strong Medicine, The Division, Arli$$ and Roc.

He also appeared as a series regular on both The Brian Benben Show and Queens and also had recurring roles on In the House, Ink and Martin. He guest-starred on NYPD Blue, Just Shoot Me, The Drew Carey Show, The Jamie Foxx Show, New York Undercover, Mad About You, Law & Order and Miami Vice. In addition, he has starred in a number of television movies, including The Other Side of Dark, Mothershed or Berndt, The Anissa Ayala Story, and Nails. His additional list of feature film credits includes Checking Out, Latin Dragon, L.A. Riots Spectacular, Sawbones, Scorpion Spring, Hostile Intentions, Out of Sync, Do the Right Thing, Sea of Love, Sun and Moon, The Sacrifice Fly, Moscow on the Hudson, The Ultimate Solution of Grace Quigley, The Secret of My Success, and The Return of Superfly, among others. Luis Antonio Ramos was nominated for an Alma Award for best supporting actor for his work in The Huntress and was also received the Helen Hayes Award for Best Actor for his performance in the play Stand Up Tragedy. Other theater work includes Dancing on Her Knees, Cloud Tectonics, Romeo and Juliet, Tears Will Tell It All, Widows, Richard II, Henry the IV, Pendragon, The Sound of Music, A Midsummer Night's Dream, and Latins from Manhattan among others. 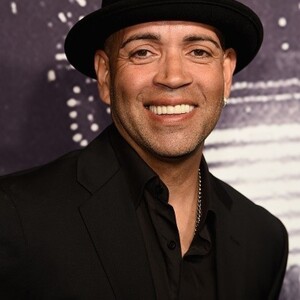