Lucy Punch net worth: Lucy Punch is an English actress who has a net worth of $3 million dollars. Lucy Punch was born in London, England, and began her theater career appearing in productions with the National Youth Theatre in the 90s. She went on to attend college at University College London, but subsequently left the school before graduating in order to pursue her acting career full-time.

She began her professional on-camera career in 1998, appearing in an episode of "The New Adventures of Robin Hood". Since then, she has gone back and forth between film and television work, appearing in such projects as "Let Them Eat Cake", "The 10th Kingdom", "People Like Us", "Ella Enchanted", "Being Julia", "Hot Fuzz", "Grindhouse", "Dinner for Schmucks", "A Little Bit of Heaven", "Bad Teacher", "Ben and Kate", "The Giant Mechanical Man", "Stand Up Guys", and "She's Funny That Way". She is next slated to appear in the big-screen adaptation of the hit musical, "Into the Woods". 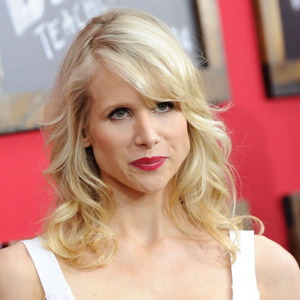