Lucy Fry net worth: Lucy Fry is an Australian actress who has a net worth of $3 million. Lucy Fry was born in Wooloowin, Queensland, Australia in March 1992. She studied theater at a young age and trained with a theater company is Brisbane. Fry finished as runner up in the Girlfriend Magazine Model Search in 2007.

In 2012 Fry starred as Zoey in the television series Lightning Point. In 2013 she starred as Lyla in the TV series Make Mermaids. She has starred in the movies Vampire Academy, Now Add Honey, The Preppie Connection, Mr. Church, and The Darkness. Fry starred in the Hulu miniseries 11.22.63 as Marina Oswald. 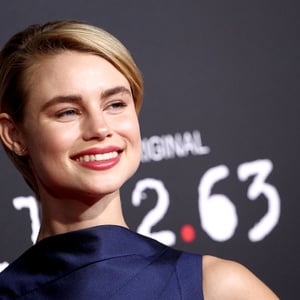