Lucinda Jenney Net Worth: Lucinda Jenney is an American actress who has a net worth of $800 thousand. Born in Queens, New York, in 1954, Lucinda Jenney made her on-screen debut in the 1984 movie "Hearts and Diamonds". She appeared as Olivia in 1986's "The Whoopee Boys" and as Rosalie Testa in "Peggy Sue Got Married".

Jenney landed a part in the Academy Award-winning movie "Rain Man" with Tom Cruise and Dustin Hoffman and later appeared in "Thelma & Louise", "American Heart", "Matinee", "Mr. Jones", "Leaving Las Vegas", and "Grace of My Heart". Jenney starred alongside Demi Moore in "G.I. Jane" and again appeared with Dustin Hoffman in "Mad City". Her other film credits include "Desert Blue", "Practical Magic", "Thirteen Days", "Crazy/Beautiful", "The Deep End of the Ocean", "S.W.A.T.", "The Mothman Prophecies", and "The Hangover". Jenney has had an equally successful career appearing on TV, making her debut in the television movie "First Steps" in 1985. Since then she has appeared on "Miami Vice", "The Practice", "The West Wing", "Judging Amy", "The Shield", "24", "Law & Order", "Six Feet Under", "House", "CSI: Crime Scene Investigation", "Cold Case", "ER", "Monk", and "Battlestar Galactica". She has starred in several short films, including 1994's "Two Over Easy", 2006's "Hide & Seek", 2007's "At the Beach", and 2009's "The Postcard". 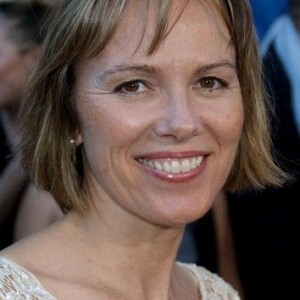