Luciana Pedraza net worth: Luciana Pedraza is an Argentine actress and director who has a net worth of $10 million. Luciana Pedraza was born in Salta, Argentina in January 1972. As an actress she starred as Manuela in the film Assassination Tango in 2002 and as Samantha Payne in the movie Wild Horses in 2015.

Pedraza wrote and directed the documentary film Portrait of Billy Joe in 2004. Luciana married actor Robert Duvall in 2005 and is the granddaughter of Susana Ferrari Billinghurt, the Argentine aviation pioneer. She graduated from the University of Buenos Aires and served as a marketing director. Pedraza met Duvall walking down the street. The couple shares the same birthday although they are 41 years apart. In 2001 they founded The Robert Duvall Children's Fund which helps children and families in Northern Argentina and around the world. They are also involved with the non-profit Pro Mujer which helps Latin American women. 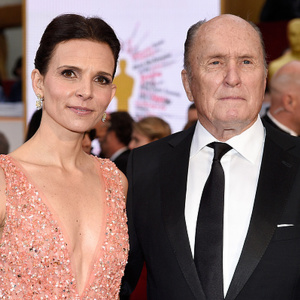