Lucas Till Net Worth

in Richest Celebrities › Actors
Lucas Till Net Worth:
$2 Million

Lucas Till Net Worth: Lucas Till is an American actor who has a net worth of $2 million. Lucas Till was born in Fort Hood, Texas in August 1990. He moved to Los Angeles, California after graduating high school to pursue an acting career. At 10 years old he began doing commercial and print work.

In 2013 at 12 years old he starred as Harry Vanderbilt in the movie The Adventures of Ociee Nash. In the mid-2000s he starred in the movies Lighting Bug, Walk the Line, and The Other Side. He starred in Dance of the Dead in 2008 and starred as Travis Brody in Hannah Montana: The Movie in 2009. He went on to star in the movies The Lost & Found Family, The Spy Next Door, Battle Los Angeles, X-Men: First Class, All Superheroes Must Die, Dark Hearts, Stoker, Crush, Wet and Reckless, Paranoia, X-Men: Days of Future Past, Sins of Our Youth, and Kristy. Till plays the character Havok in the X-Men franchise and also produced the films All Superheroes Must Die and Wet and Reckless. Lucas was nominated for two Teen Choice Awards in 2009 and another in 2011. He also starred in Taylor Swift's music video for "You Belong with Me". 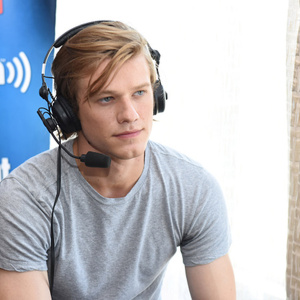