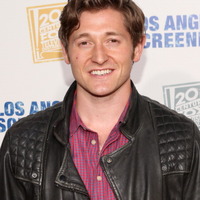 Lucas Neff Net Worth: Lucas Neff is an American actor who has a net worth of $4 million. Lucas Neff was born in Chicago, Illinois in November 1985. He is best known for playing the role of James "Jimmy Chance" in the TV series Raising Hope. He graduated with a degree in theater from the University of Illinois at Chicago in 2008. Neff was mistakenly assigned to the performing arts department at UIC and later took classes at the Steppenwolf Theatre Company. He started off in theater and cleaned houses for a living. His first television appearance came in the series The Beast in 2009. Neff had has first film role in the 2010 movie Amigo. His best known role has been as Jimmy Chance in the Fox sitcom Raising Hope since 2010. In 2014 he starred in and wrote an episode of the TV mini-series 7p/10e. Neff also produced and will star in the 2014 movie Glitch. He has also appeared in the 2011 movie In Memoriam and the 2013 short Delicious Ambiguity. Neff's play "The Last Duck" was nominated for a 2012 Non-Equity Joseph Jefferson Award for New Work.