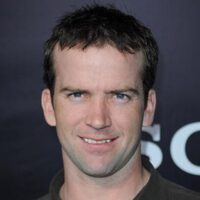 Lucas Black net worth and salary: Lucas Black is an American film and television actor who has a net worth of $8 million. Lucas Black has earned his net worth from his role on television series such as American Gothic and NCIS: New Orleans. Lucas was born on November 29, 1982 in Decatur, Alabama. His father Larry was a museum worker and his mother Jan was an office worker. He has one older brother named Lee and one older sister named Lori.

During his career, Lucas has appeared in films including Sling blade, Jarhead, Friday Night Lights, The Fast and the Furious: Tokyo Drift, All the Pretty Horses, 42 and Furious 7. Lucas did not have any formal acting lessons and landed his first job in the 1994 Kevin Costner film The War. He also appeared in the film Ghosts of Mississippi and The X-Files. Other acting credits include the 2009 film Get Low and the 2010 film Legion. Lucas currently lives in Columbia, Missouri with his wife Maggie whom he married in 2010. They have three children together. Lucas was once a model for Calvin Klein jeans.

From 2014 to 2019 Lucas starred as Special Agent Christopher LaSalle on the CBS dram NCIS: New Orleans. He claimed he was leaving the show to spend more time with his family, but there were also rumors that he left to be available to appear in future additional Fast & Furious films.