Benedicto's career began in the '90s when she landed a role on the TV production titled Gryphon. She later joined the cast of the series NYPD Blue where she became widely known as the character Gina Colon. She was cast in the biographical drama Permanent Midnight where she portrayed the character Vola alongside actors Ben Stiller, Maria Bello, Elizabeth Hurley and Owen Wilson. Benedicto later appeared in the romantic comedy Drive Me Crazy, starring Melissa Joan Hart and Adrian Grenier. In 1999, she made an appearance on Law & Order: Special Victims Unit and in 2000 she was seen on Resurrection Blvd. She also played the role of Samantha Sanchez in 13 episodes of Titans. She later landed a recurring role on the series ER and boosted her career even more when she appeared on Dawson's Creek. In 2002, she starred in the TV movie The Locket before working on the drama Two Days. In her role on the series 24, as Carrie Turner, she earned the off-screen nickname "Cop Car Carrie" due to a car collision with a police vehicle. Benedicto next appeared on the musical comedy The Fighting Temptations and was then seen on the series The Lyon's Den and The Dead Zone. From 2006 to 2007, she garnered critical acclaim playing the new teller at Fidelity Republic Bank, Eva, on the ABC series The Nine. She is also credited for performances in Silver Bells and Unbeatable Harold. Lourdes Benedicto graduated from Carnegie Mellon University in Pittsburgh, Pennsylvania with a degree in theatre. 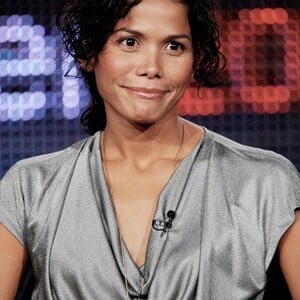