How much is Louise Linton Worth?

Louise Linton net worth: Louise Linton is a Scottish actress who has a net worth of $20 million. Louise Linton was born in Edinburgh, Scotland in December 1980. She has appeared in the movies Lions for Lambs, The Echo, Banking on Love, Screwball: The Ted Whitfield Story, She Wants Me, Crew 2 Crew, The Power of Few, Scavengers, Serial Daters Anonymous, Cabin Fever, Intruder, The Midnight Man, and Rules Don't Apply. Linton has also appeared in episodes of the TV series CSI: NY and Cold Case and in the TV movies William & Kate: The Movie and A Smile as Big as the Moon. She has also produced films including Intruder and The Midnight Man. Linton was married to lawyer Ronald Richards from 2006 to 2009. In 2017 she married Steven Mnuchin who became the United States Secretary of the Treasury the same year. Linton graduated from Pepperdine University and then earned a J.D. from the University of West Los Angeles School of Law. 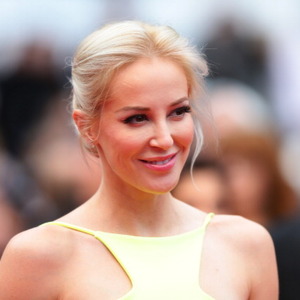