Louise Lasser Net Worth: Louise Lasser is an American actress who has a net worth of $1.5 million. Louise Lasser was born in New York City, New York, in 1939, and enrolled in Brandies University in Massachusetts to study political science. Early in her acting career, Lasser worked as Barbra Streisand's understudy in "I Can Get It For You Wholesale" on Broadway.

She appeared in several commercials and in a handful of her husband Woody Allen's movies, including 1969's "Take the Money and Run", 1971's "Bananas", and 1972's "Everything You Always Wanted to Know About Sex* (*But Were Afraid to Ask). Lasser landed her best-known part in the mid-70s as Mary Hartman on the TV series "Mary Hartman, Mary Hartman". The show aired five nights a week from 1976 until 1977 with Lasser as the star. She decided to leave the program after 325 episodes and following her departure, it was renamed "Forever Fernwood". While appearing on the show, Lasser hosted a 1976 episode of "Saturday Night Live". She wrote and starred in 1978's "Just Me and You" with fellow actor Charles Grodin, and appeared as a recurring character on "Taxi" and "It's a Living" during the early '80s. Her other TV and film credits include "St. Elsewhere", "Happiness", "Mystery Men", "National Lampoon's Gold Diggers", "Requiem for a Dream", and "Girls". She was married to Woody Allen from 1966 until 1970, and currently teaches acting at HB Studio in New York City's Greenwich Village. 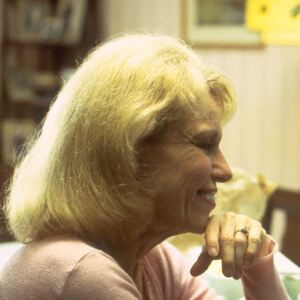