Louise Fletcher Net Worth: Louise Fletcher is an American actress who has a net worth of $1 million. Louise Fletcher was born July 22, 1934 in Birmingham, Alabama. Fletcher originally debuted in television series such as Lawman (1958), Maverick (1959), in the original Untouchables TV series (starring Robert Stack) and in Ma Barker and Her Boys as Elouise.

In 1960 Fletcher made two guest appearances on Perry Mason, both times as defendant Gladys Doyle. In 1974 she was cast in Robert Altman's Thieves Like Us (1974). In 1975, Fletcher gained international recognition for her performance as Nurse Ratched in the film One Flew over the Cuckoo's Nest (also starring Jack Nicholson), for which she won the Academy Award for Best Actress, BAFTA Award for Best Actress in a Leading Role and Golden Globe Award for Best Actress. Her other notable film roles include Brainstorm (1983), Firestarter (1984), Flowers in the Attic (1987), 2 Days in the Valley (1996) and Cruel Intentions (1999). Fletcher later returned to television and most recently landed a recurring role on Showtime television series Shameless in 2011 and 2012, as Frank Gallagher's foul-mouthed, hard-living mother, serving a prison sentence for manslaughter. Fletcher's was also seen in such films Exorcist II: The Heretic (1977), The Cheap Detective (1978), The Lady in Red (1979), The Magician of Lublin (1979), Invaders From Mars (1986), Two Moon Junction (1988), Best of the Best (1989), Blue Steel (1990), Virtuosity (1995) and High School High (1996). Additionally, she played the character Ruth Shorter, a supporting role, in the 2005 film Aurora Borealis alongside Joshua Jackson and Donald Sutherland, and appeared in the Fox Faith film The Last Sin Eater (2007). Louise Fletcher married literary agent and producer Jerry Bick in 1959, divorcing in 1978. The couple had two sons, John Dashiell and Andrew Wilson, during which time Fletcher took an 11-year hiatus from acting to raise her sons. 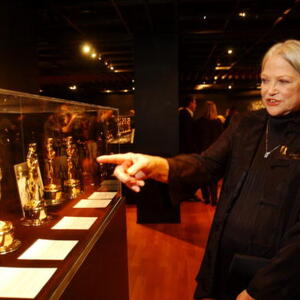