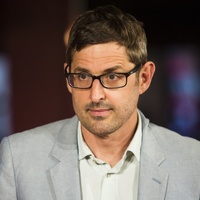 Louis Theroux Net Worth: Louis Theroux is a British broadcaster and journalist who has a net worth of $4 Million. Born in Singapore on May 20, 1970, Theroux is best known for his involvement in BBC and his television series, Louis Theroux's Weird Weekends. Theroux attended school at Westminster School followed by Magdalene College in Oxford. It was there that he received a degree in history and was recognized for his film reviews in the Grapevine magazine. He began working as a journalist for Metro Silicon Valley in San Jose, California followed by Spy magazine in 1992. Theroux has also been a guest writer for several publications such as Hip-Hop Connection and The Idler. Theroux explored topics ranging from racism to classism to sexuality in his series Weird Weekends, which spanned from 1998 to 20, 00. When Louis Met… featured an array of British celebrities and the controversies surrounding them. In 2005, Theroux published a book titled The Call of the Weird: Travels in American Subcultures. He was also known to have made a cameo in the 1997 pornographic film, Take a Peak, in which he played a ranger seeking out a criminal. He currently lives in Harlesden, London, United Kingdom with his wife Nancy Strang.