Louis Garrel Net Worth: Louis Garrel is a French actor who has a net worth of $10 million. Louis Garrel was born June 14, 1983 in Paris, France. The son of director Philippe Garrel and actress Brigitte Sy, Louis Garrel's grandfather, Maurice Garrel, and his godfather, Jean-Pierre Léaud, are also notable French actors.

He was six years old when he first appeared onscreen in the movie Le baisers de secours. It would be more than a decade before Garrel appeared in another film-Ceci est mon corps. In 2002, Garrel gained international recognition playing Eva Green's twin brother in The Dreamers. Garrel has since starred in various French films, including Les amants réguliers (2005), directed by his father Philippe Garrel. He was awarded the 2006 César Award for Best Male Newcomer for his work, and his grandfather Maurice Garrel appeared in a supporting role. Louis Garrel is a graduate of the Conservatoire de Paris and best known for his starring role in The Dreamers. He regularly appears in films by French director Christophe Honoré, including Ma mère, Dans Paris, Les Chansons d'amour, La Belle Personne and Non ma fille, tu n'iras pas danser. Garrel was in a relationship with Valeria Bruni Tedeschi from 2005 to 2012. Tedeschi is the elder sister of Carla Bruni, the former French First Lady. In 2009, Bruni Tedeschi and Garrel adopted a baby from Senegal, whom they named Céline. Garrel's first language is French, but he also speaks English and Italian. 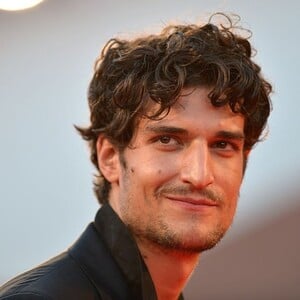