Louie Spence Net Worth: Louie Spence is an English dance expert, choreographer, and television personality who has a net worth of $2 million. Louie Spence was born in Ponders End, Enfield, London in April 1969. He is best known for the TV show Pineapple Dance Studios. Spence studied at the Italia Conti Academy of Theatre Arts.

He was part of the cast of Miss Saigon in the West End. He also starred in Cats and Close to Heaven and performed with many artists such as Bjork, Take That, and the Spice Girls. As an actor he appeared in an episode of the TV series Grange Hill in 1985. He starred in the film Anna in 1988 and Swinging with the Finkels in 2011. He has also appeared in episodes of the TV series Benidorm and The Exclusives. Spence was featured as a choreographer on the TV series My Bare Lady from 2006 to 2008 and was a judge on Celebrity Circus in 2008. He starred in the TV series Pineapple Dance Studios in 2010. Since 2012 he has been a judge on Dancing on Ice. He has appeared since 2013 on Celebrity Big Brother and Big Brother's Bit on the Side. He has also appeared on The Xtra Factor and Britain's Got More Talent. His autobiography Still Got It, Never Lost It was published in 2011. Louie is openly gay and is in a civil partnership. Pineapple Dance Studios is now airing on the Ovation network and premiered in September 2014. 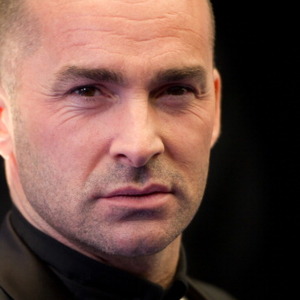