What is Lou Gossett Jr.'s Net Worth?

Lou Gossett, Jr. is an American actor who has a net worth of $5 million dollars. He has won two Golden Globes, a Primetime Emmy, a Daytime Emmy, and an Oscar. Lou Gossett Jr. is best known for his Academy Award-winning performance as Gunnery Sergeant Emil Foley in the 1982 film "An Officer and a Gentleman." He is also widely regarded for his performance as Fiddler in the television miniseries "Roots," for which he earned an Emmy Award. Gossett's other credits have included such films as "A Raisin in the Sun," "The White Dawn," "The Punisher," and the "Iron Eagle" franchise.

Louis Gossett Jr. was born on May 27, 1936 in the Brooklyn borough of New York City to Louis Sr., a porter, and Hellen, a nurse. As a youth, he went to Mark Twain Intermediate School 239 and Abraham Lincoln High School. Gossett made his debut on stage in a school production of "You Can't Take It with You"; he also filled in for Bill Gunn in the Broadway play "Take a Giant Step" while still in high school. For his higher education, Gossett attended New York University. Although he was offered an athletic scholarship to play varsity basketball at NYU, he declined in order to focus on acting.

Gossett made his film debut in 1961, playing George Murchison in the big-screen adaptation of "A Raisin in the Sun"; two years earlier, he had appeared in the Broadway production. His next film wasn't until 1969, when he starred in "The Bushbabies." Gossett was subsequently in a number of films throughout the 70s, including "The Landlord," "Skin Game," "Travels with My Aunt," "The Laughing Policeman," "The White Dawn," "The River Niger," "J.D.'s Revenge," "The Deep," and "The Choirboys." In 1980, he starred opposite Tony Curtis and Sally Kellerman in the comedy "It Rained All Night the Day I Left."

In 1982, Gossett gave his most famous performance in the romantic drama "An Officer and a Gentleman," starring Richard Gere and Debra Winger. For his role as drill instructor Gunnery Sergeant Emil Foley, he won the Academy Award for Best Supporting Actor, making him the first black actor to win in that category. Following this, Gossett was in "Jaws 3-D," "Finders Keepers," and "Enemy Mine." In 1986, he played another military man, Colonel Charles Sinclair, in the action film "Iron Eagle"; he would reprise this role in the films' three sequels. Among Gossett's other credits in the 80s are "Firewalker," "The Principal," and the comic book adaptation "The Punisher."

Gossett began the 90s with starring roles in the political thriller "Cover Up" and the action film "Toy Soldiers." He followed these with the boxing dramedy "Diggstown"; the crime thriller "Flashfire"; the basketball drama "Blue Chips"; the literary adaptation "A Good Man in Africa"; and the drama "Curse of the Starving Class," based on the eponymous play. In the latter half of the decade, Gossett narrated the documentary "The Wall That Heals," and appeared in the fantasy horror film "Bram Stoker's Legend of the Mummy."

In the 00s, Gossett appeared in such films as "Left Behind: World at War," "Daddy's Little Girls," "Cover," "The Perfect Game," "Shannon's Rainbow," and "The Least Among You." His credits in the 2010s include "Smitty," Tyler Perry's "Why Did I Get Married Too?," "The Grace Card," "A Fighting Man," "Undercover Grandpa," and "Supervized." Two of Gossett's most notable later credits are "Boiling Pot," in which he stars as a detective investigating a racially-motivated murder, and "The Cuban," in which he plays a former Cuban jazz musician with dementia.

On television, Gossett first appeared in a 1958 episode of the crime drama "The Big Story." He went on to appear in episodes of numerous other shows, including "The Nurses," "Cowboy in Africa," "The Invaders," and "The Mod Squad," and also appeared in the television film "Companions in Nightmare." Gossett had his first main role on the short-lived adventure series "The Young Rebels," which aired from 1970 to early 1971. He subsequently appeared in episodes of "The Partridge Family," "Bonanza," "Cade's County," "Insight," "The Rookies," "Petrocelli," "Good Times," "The Jeffersons," "Police Story," and "The Rockford Files," among many other series. Gossett achieved his greatest recognition yet in 1977, when he played Fiddler in the groundbreaking ABC miniseries "Roots." For his performance, he won an Emmy Award.

Gossett followed his "Roots" success with a number of other acclaimed performances. In 1979, he earned another Emmy nomination for his role in the NBC miniseries "Backstairs at the White House." Gossett was also in the television films "Lawman Without a Gun," "The Lazarus Syndrome," and "Don't Look Back: The Story of Leroy 'Satchel' Paige." From 1982 to 1983, he starred on the science-fiction series "The Powers of Matthew Star." During this time, Gossett earned praise and another Emmy nomination for playing the titular Egyptian president in the television film "Sadat." More accolades came for his work in the television films "The Guardian," "A Gathering of Old Men," and "The Father Clements Story." 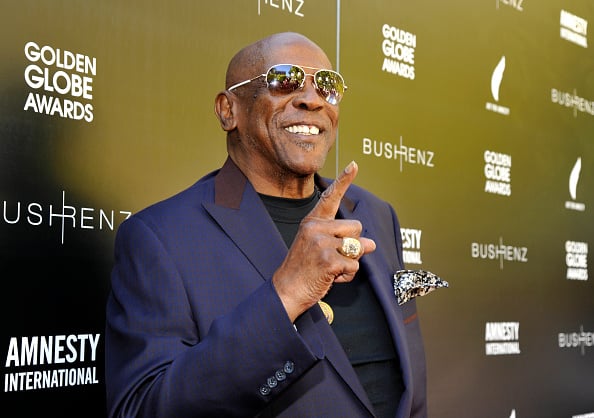 In 1989, Gossett starred as the titular character on the short-lived ABC series "Gideon Oliver." He was next in a string of television films, including "El Diablo," "Sudie and Simpson," "The Josephine Baker Story," "Carolina Skeletons," "Keeper of the City," "Captive Heart: The James Mink Story," "Inside," and "Strange Justice." Gossett also earned an Emmy nomination for his guest role on "Touched by an Angel," and received a Daytime Emmy Award for the children's television film "In His Father's Shoes."

Gossett continued to be prolific on television in the 2000s. Early in the decade, he appeared in the television films "The Color of Love: Jacey's Story," "Jasper, Texas," and "Momentum." From 2005 to 2006, he played Gerak in five episodes of the military science-fiction series "Stargate SG-1." Gossett's later credits have included episodes of "ER," "Psych," "Boardwalk Empire," "Extant," "The Good Fight," "Hap and Leonard," and "Hawaii Five-0." In 2019, he received an Emmy nomination for his role as Will Reeves and his alter-ego Hooded Justice in the superhero limited series "Watchmen."

In 1967, Gossett wed his first wife, Hattie Glascoe; the marriage was annulled the following year. He subsequently wed Christina Mangosing in 1973, and had a son with her named Satie. The couple then divorced in 1975. Gossett married his third wife, Cyndi James-Reese, in 1987; they adopted a son named Sharron, and divorced in 1992. 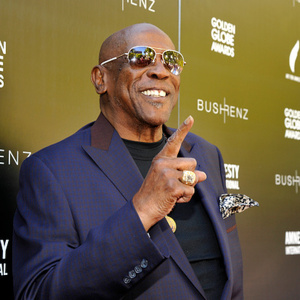