Lou Ferrigno net worth: Lou Ferrigno is an American actor, fitness trainer, and retired professional bodybuilder who has a net worth of $12 million. Lou Ferrigno accumulated his net worth through his years as Mr. Universe, as a personal fitness trainer and consultant, his role in television as the Hulk and in comedy sitcoms, as well as being cast in films.

Early Life: Louis Jude Ferrigno was born in Brooklyn, New York on November 9, 1951 to Victoria and Matt Ferrigno. As a child, he lost 75 to 80% of his hearing from ear infections. His hearing loss caused Louis to be bullied by his peers throughout his childhood. At 13 he started weight training and looked up to superheroes in pop culture such as Hercules, Spider-Man, and the Hulk. The family couldn't afford to buy him a set of weights to train with, so Ferrigno made his own using a broomstick and pails that he filled with cement. Ferrigno attended St. Athanasius Grammar School and Brooklyn Technical High School and graduated in 1969.

Bodybuilding Career: Ferrigno won his first major title right out of high school, IFBB Mr. America. Four years later, he won the title IFBB Mr. Universe. He lived in Columbus, Ohio, and trained with Arnold Schwarzenegger. In 1974, Ferrigno came in second at the Mr. Olympia competition. In 1997, Ferrigno's attempt to beat Arnold Schwarzenegger at Mr. Olympia was the subject of a documentary titled "Pumping Iron", which made him a famous face.  Ferrigno then competed in the first annual World's Strongest Man competition and finished fourth out of eight athletes.

Meanwhile, Ferrigno was unable to quit his day job as his bodybuilding career did not earn him a living. He made $10 an hour at a sheet metal factory in Brooklyn for three years, eventually leaving the dangerous job after a friend and coworker accidentally cut off his own hand one day while on the clock. Ferrigno left the competition circus for many years and had a brief stint as a defensive lineman for the Toronto Argonauts in the Canadian Football League. Having never played football before, he was cut after just two games after he broke the legs of a fellow player during a scrimmage.

Ferrigno returned to bodybuilding in the early '90s and competed in the 1992 and 1993 Mr. Olympia competitions, where he finished 12th and 10th respectively. He then returned for the 1994 Masters Olympia, where his attempt to beat Robbie Robinson and Boyer Coe was the subject of "Stand Tall", a 1996 documentary. Ferrigno subsequently retired from competitive bodybuilding. 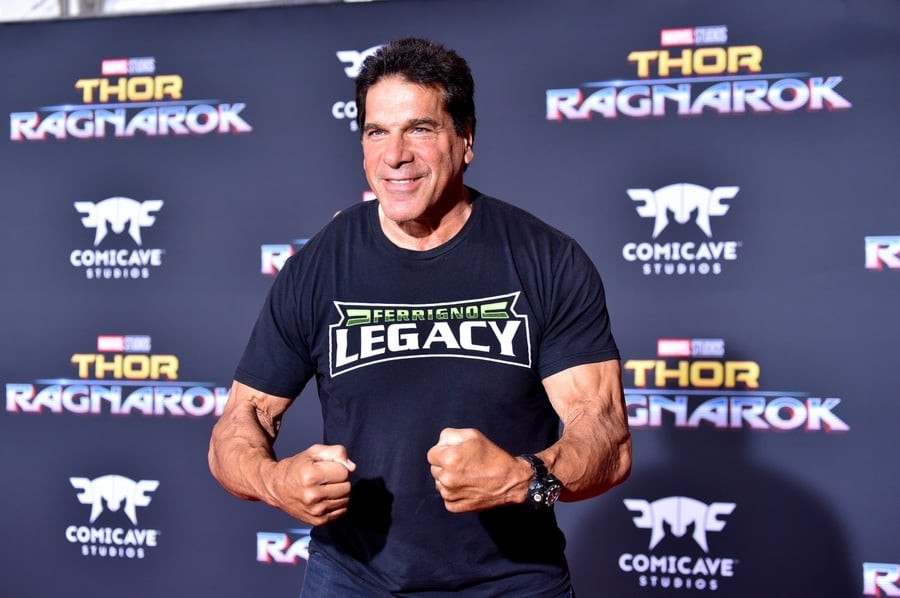 Entertainment Career:  Ferrigno starred in the TV series "The Incredible Hulk" from 1977 to 1982 opposite Bill Bixby. Afterwards, he and Bixby co-starred in three "The Incredible Hulk" made-for-tv movies. Ferrigno appeared in the Battle of the Network Stars in 1978 and 1979. In 1983, he appeared as John Six on the medical drama "Trauma Center." He intermittently appeared on the sitcom "The King of Queens" from 2000 to 2007, where he and his on-screen wife were depicted as the main character's next-door neighbors.

Ferrigno made cameos in the 2003 movie "Hulk" as well as the 2008 film "The Incredible Hulk." In 2009, Lou appeared as himself in the comedy "I Love You, Man." Ferrigno appeared as himself in 2010 in an episode of Disney's "Sonny with a Chance," Later that year he also voiced the character of Billy the Hero in the animated television program "Adventure Time." He was a contestant on "The Celebrity Apprentice" in 2012.  In 2014, he appeared in the "Star Wars Continues" episode "Lolani." The following year, Ferrigno appeared as a Lego version of himself in "Lego Marvel's Avengers." In 2015's "Avengers: Age of Ultron, Ferrigno voiced the Hulk. He was replaced in 2017 as the voice of Hulk by Mark Ruffalo, starting with "Thor: Ragnarok."

Other Ventures: Ferrigno was a long-time trainer of Michael Jackson, on and off beginning in the early '90s. In 2009, he helped Jackson get in shape for a planned series of concerts in London, which were ultimately canceled due to Jackson's sudden death. Ferrigno has his own line of fitness equipment, "Ferrigno Fitness."

He became a sheriff's deputy in Los Angeles County in 2006. He has also been sworn in as a member of the volunteer sheriff posse in Maricopa County, Arizona, a reserve deputy in San Luis Obispo, CA, and a special deputy in Delaware County, Ohio. In May 2018, he was appointed by President Donald Trump to be a member of his Council on Sports, Fitness, & Nutrition.

Personal Life: Ferrigno was married to Susan Groff from 1978-1979. In May 1980, he married psychotherapist Carla Green, who also began serving as his manager and later became a personal trainer. The couple has three children, Shanna (b. 1981), Louis Jr. (b. 1984), and Brent, born in 1990. Shanna is an actress who has a recurring role in "Days of Our Lives". Louis Jr. was a linebacker for the University of Southern California Trojans football team. He is also an actor who plays a recurring role on CBS's "S.W.A.T."

Real Estate: In 1980 Lou and his wife bought a home in Santa Monica $547,000. They listed the home for sale in September 2019 for $3.9 million, finding a buyer for $3.2 million in April 2020. At the same time as he listed the previous house, Lou bought another house near Pismo Beach for $2.9 million. This new ocean-view house sits on more than 5 acres. 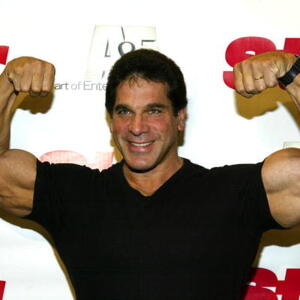