Lou Diamond Phillips Net Worth: Lou Diamond Phillips is an American actor and director who has a net worth of $6 million. Lou Diamond Phillips' breakout role was playing Ritchie Valens in the 1987 film "La Bamba." Other credits have included movies such as "Stand and Deliver," "Young Guns," "Courage Under Fire," and "The 33." On television, Phillips starred on the Western series "Longmire" and the procedural drama "Prodigal Son."

Early Life and Career Beginnings: Lou Diamond Phillips was born as Lou Diamond Upchurch in 1962 at the Subic Bay Naval Station in the Philippines. His father, Gerald, was a Marine KC-130 crew chief, and was an American of Cherokee and Scots-Irish descent. His mother, Lucita, was a native of Candelaria, Philippines. After his father's passing in 1963, Phillips assumed the surname of his stepfather. He later moved to Texas, and went to Flour Bluff High School in Corpus Christi. For his higher education, Phillips graduated from the University of Texas at Arlington with a BFA in drama.

In 1984, Phillips made his screen acting debut with small parts in the television movie "Time Bomb" and the science-fiction film "Interface." In 1985, he appeared in an episode of "Dallas," and in 1986, was in the low-budget film "Trespasses."

Film Breakthroughs: Phillips rose to prominence in 1987 when he starred in the biographical drama film "La Bamba," playing Chicano rock star Ritchie Valens. More success came the next year with the high school drama "Stand and Deliver," starring an Oscar-nominated Edward James Olmos. For his performance as struggling math student Angel Guzman, Phillips won the Independent Spirit Award for Best Supporting Male, and was nominated for a Golden Globe Award for Best Supporting Actor in a Motion Picture. Also in 1988, Phillips starred in "Dakota" and "Young Guns"; in the latter film, he played the Old West outlaw Jose Chavez y Chavez. Phillips closed out the decade with more starring roles in the heist comedy "Disorganized Crime" and the action crime film "Renegades."

Further Film Career: In 1990, Phillips reprised his role as Jose Chavez y Chavez in the sequel film "Young Guns II." That same year, he was in the thriller "A Show of Force" and the horror films "The First Power" and "Demon Wind." Subsequent credits included the mystery "The Dark Wind"; the thriller "Ambition," which Phillips also wrote; the adventure film "Shadow of the Wolf," costarring Toshiro Mifune, Jennifer Tilly, and Donald Sutherland; and the action thriller "Extreme Justice." In 1994, Phillips made his directorial debut with "Dangerous Touch," which he also starred in. That year, he also directed and starred in "Sioux City." Throughout the rest of the 90s, Phillips was in films including "Teresa's Tattoo," "Boulevard," "Courage Under Fire," "The Big Hit," "Brokedown Palace," and "Bats."

Phillips continued his prolific acting career in the 2000s; from 2000 to 2002 alone, he appeared in "Picking Up the Pieces," "Supernova," "A Better Way to Die," "Knight Club," "Route 666," "Lone Hero," and "Stark Raving Mad." He was subsequently in "Hollywood Homicide," "Absolon," "Fingerprints," and the second part of Steven Soderbergh's two-part "Che." Phillips' myriad of other film credits have included "Transparency," "Filly Brown," "Sanitarium," "Sequoia," "Sky," and "The 33," about the real-life 2010 mining disaster in Chile.

Television Career: On the small screen in the 90s, Phillips was in episodes of "Tales from the Crypt," "Spin City," "The Outer Limits," and "Adventures from the Book of Virtues." He was also in the television movies "The Wharf Rat," "Undertow," and "In a Class of His Own." From 2001 to 2002, Phillips had a recurring role on the supernatural drama series "Wolf Lake." Also in 2002, he played secret government agent Mark DeSalvo on the first season of the Fox action series "24." More supporting parts came on the sitcom "George Lopez," on which he portrayed Lopez's half-brother, and on the crime drama "Numb3rs," playing the recurring role of FBI agent Ian Edgerton. During the early-to-mid-2000s, Phillips was also in a number of television movies, including "Red Water," "The Trail to Hope Rose," "Gone, But Not Forgotten," "Murder at the Presidio," and "Alien Express." In 2005, he starred in the science-fiction miniseries "The Triangle," about the mysteries of the Bermuda Triangle. 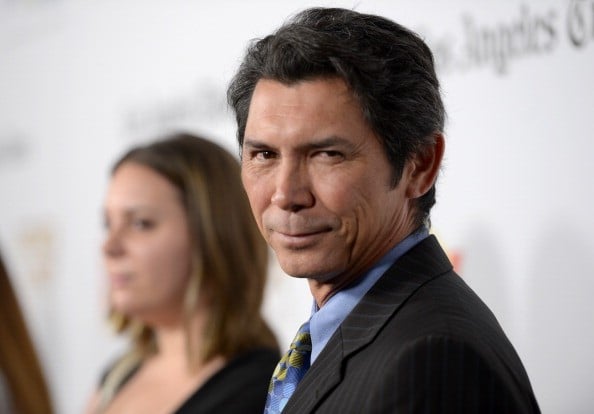 Among Phillips' other television credits are "Psych," "The Beast," "Chuck," "Cougar Town," "Happily Divorced," and the TV movie "Metal Tornado." From 2009 to 2011, he played the recurring role of Colonel Telford on the "Stargate Universe" series on the SyFy channel. Subsequently, in 2012, he began costarring on the Western series "Longmire," playing the Native American best friend of the title character. Phillips' later credits have included the crime series "Blindspot," the television movie "The Night Stalker," the children's animated series "Elena of Avalor," the sitcom "Brooklyn Nine-Nine," the crime drama "NCIS: New Orleans," the legal drama "Goliath," and the police procedurals "Blue Bloods" and "Prodigal Son," on the latter of which he played the main role of NYPD lieutenant Gil Arroyo.

Personal Life: On the set of "Trespasses," Phillips met assistant director Julie Cypher; they married in 1987. After their divorce in 1990, Cypher came out as lesbian. Subsequently, Phillips was briefly engaged to Jennifer Tilly, whom he had met while filming "Shadow of the Wolf." After this, in 1994, he married Kelly Preston, and had three daughters: twins Grace and Isabella, and Lili. The pair separated in 2003, and got divorced in 2007. During the separation, Phillips dated makeup artist Yvonne Boismier. In 2006, he was charged with domestic battery against her. However, they married the next year, and had a son, Indigo. 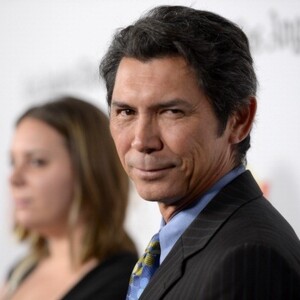