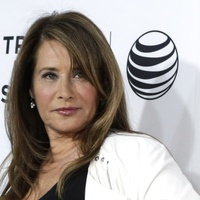 What is Lorraine Bracco's Net Worth?

Lorraine Bracco is an American actress who has a net worth of $14 million. She is perhaps best known for her iconic role in "The Sopranos," although she has been involved in a wide range of film and television projects over the course of her career. She began her career as a model before focusing on acting. She first appeared in Italian-language films during the 1980s, including "Camorra." After transitioning towards English-speaking roles, Lorraine started to appear in movies like "The Pick-Up Artist" and "The Dream Team" during the 80s.

Her true Hollywood breakthrough came in 1990 with the release of Martin Scorcese. In this celebrated picture, she played the wife of an Italian mobster and was nominated for several awards, including an Academy Award and a Golden Globe. Over the course of her career, she has also been nominated for four Emmys, three other Golden Globes, and three Screen Actors Guild Awards.

In 1999, her career took another major step forward when she joined the cast of "The Sopranos," which is now considered by many to be the best TV series of all time. She played psychiatrist Jennifer Melfi in the series, appearing until the show's finale in 2007. As a result of her performances in the series, Lorraine received many honors and accolades. Since the end of "The Sopranos," Bracco has continued to appear in various projects, perhaps most notably the TV series "Blue Bloods."

Lorraine Bracco was born on October 2nd of 1954 in New York City. Born in the Bay Ridge neighborhood of Brooklyn alongside two siblings, Bracco grew up in an Italian household and spoke Italian from a young age. Although she was born in Brooklyn, she grew up in Hicksville, New York on Long Island starting in fourth grade. Lorraine's sister Elizabeth also became an actress, and the sisters later appeared in "The Sopranos" together.

Two years after graduating from high school, Bracco moved to France in the mid-70s to pursue a modeling career. She remained in France for the next ten years, working heavily with Jean-Paul Gaultier. During her time in France, she accepted a few supporting roles in various French films, but she found the acting experience to be "boring." She would later admit that she only accepted these roles for the money.

Eventually, she began to take acting lessons and began to display a greater interest in acting. However, she still remained unsure about a future career as an actress, mostly due to her lack of confidence in her abilities. 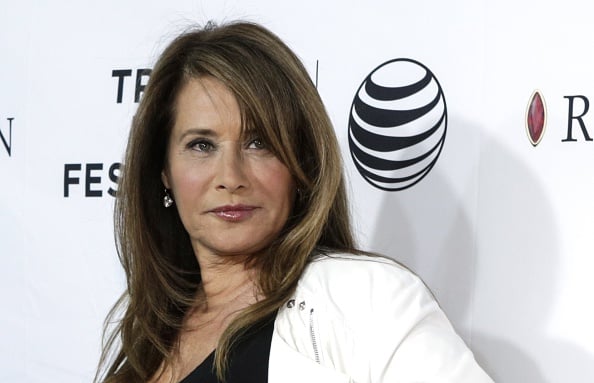 During the 80s, her entertainment career began to take off. She worked as a DJ for Radio Luxembourg and appeared in the TV series "Crime Story." Her first big film role came in 1986 with "Camorra." Bracco was cast by Italian director and novelist Lina Wertmüller in the Italian-language film, and the experience finally convinced her to pursue a professional career as an actress.

Over the next few years, Lorraine honed her acting talents with movies like "The Pick-Up Artist," "Someone to Watch Over Me," "Sing," and "Sea of Love." Her big break then came in 1990 with "Goodfellas." She played Karen, the lead character's wife. This performance won her widespread critical acclaim, and she was nominated for a multitude of awards and honors. The film itself proved to be incredibly successful, grossing a modest $47 million but becoming one of the best movies of all time.

Bracco spent the next decade with a number of additional film appearances, booking roles in movies like "Talent for the Game," "Switch," "Medicine Man," "Radio Flyer," "Traces of Red," and "Even Cowgirls Get the Blues." By the mid-90s, she was appearing in movies like "Being Human," "The Basketball Diaries," and "Hackers." The latter movie proved to be a box office disappointment upon release but later achieved cult classic status. She was also offered the role of Catwoman by Tim Burton for his movie "Batman Returns," but she declined the role.

Her next major step forward came in 1999 when she auditioned for "The Sopranos." Initially, she read for the role of Carmela Soprano – Anthony's wife. However, she became more interested in the role of psychiatrist Jennifer Melfi and pressured producer David Chase to let her have the role. She achieved this goal and won three consecutive Emmy Award nominations as a result. After "The Sopranos," Bracco continued to appear in shows like "Dice" and "Blue Bloods."

In 1979, Bracco married Daniel Guerard while living in France. The pair had one child together before divorcing in 1982. Bracco is also known for her 12-year relationship with actor Harvey Keitel. They had a child together in 1985 who became the subject of a fierce custody battle. Bracco reportedly paid over $2 million in legal fees as a result of this custody battle. After Keitel, Lorraine married Edward James Olmos in 1994. The marriage lasted eight years before ending in divorce by 2002.

In 2020, it was reported that Lorraine Bracco had purchased a home in Italy for one single euro. Although this might seem like a total steal, it should be noted that the home was extremely run-down when she acquired it. The 200-year-old structure was on the verge of collapse, and it was bereft of running water, electricity, a kitchen, and a functioning toilet. However, Bracco then set about renovating it for a new HGTV series that will follow this "Italian adventure."