Lorna debuted in 1963 at 11 years old singing "Santa Claus is Coming to Town" in her mother's The Judy Garland Show. Lorna joined her family on a summer concert tour which was recorded and released as Judy Garland: At home At The Palace. She debuted on Broadway in 1971 in Promises, Promises. She appeared as an extra in the 1963 film I Could Go on Singing and appeared in the TV series Love, American Style in 1973. In 1982 Luft starred in Grease 2 as Paulette Rebchuck. She starred as Nurse Libby Kegler on the television series Trapper John, M.D. from 1985 to 1986. From 2007 to 2009 she had a recurring role as Joana in the TV series Rick & Steve the Happiest Gay Couple in All the World. She was nominated for a Primetime Emmy for Outstanding Miniseries in 2001 for Life with Judy Garland: Me and My Shadows which was originally a book published by Luft in 1998. Lorna married Colin Freeman in 1996 and was previously married to Jake Hooker. She has two children. 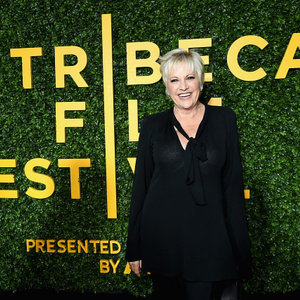