Lori Singer net worth: Lori Singer is an American actress and cellist who has a net worth of $500 thousand. Lori Singer was born in Corpus Christi, Texas in November 1957. She is best known for playing the roles of Ariel Moore in the movie Footloose and of Julie Miller in the TV series Fame. Singer is a Juilliard-trained cellist who has performed with the Oregon Symphony and at the Royal Albert Hall and Carnegie Hall. She starred in the television series Fame as Julie Miller from 1982 to 1983. Singer made her feature film debut as Ariel in Footloose in 1984. From 1995 to 1997 she starred as Sydney Bloom in the TV series VR.5. Singer also starred in the movies The Falcon and the Snowman, The Man with One Red Shoe, Trouble in Mind, Made in U.S.A., Summer Heat, Warlock, Equinox, Sunset Grill, Short Cuts, F.T.W., and When Will I Be Loved?. In 1994 Singer won a Golden Globe Award for Best Ensemble Cast for Short Cuts. 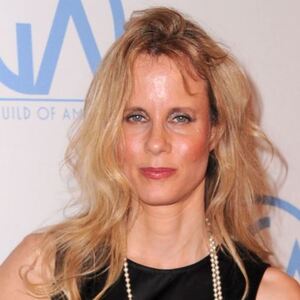