Lori Petty net worth: Lori Petty is an American actress who has a net worth of $3 million dollars. Born in Chattanooga, Tennessee, Lori Petty initially pursued a career in graphic art, before shifting her focus to acting. She began her on-camera career on television, with a guest starring role on "Freddy's Nightmares: A Nightmare on Elm Street The Series".

Throughout the late 80s, she guest-starred on various shows, including "Bates Motel", "Miami Vice", "Alien Nation", and "Booker. In the early 90s, she began to add film credits to her resume. Her first film role was in "Cadillac Man" in 1990. Her back-to-back performances in "Point Break" in 1991, and "A League of Their Own" in 1992, made her a household name. She went on to appear in a string of popular films throughout the 90s, including, "Free Willy", "Poetic Justice", and "Tank Girl". Most recently she appeared in the series finale of "Prison Break", and on the television show, "The Cleaner". 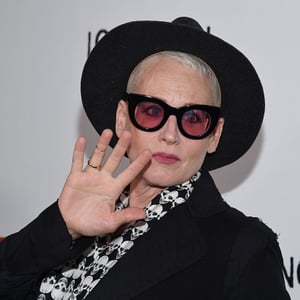