Lori Nelson net worth: Lori Nelson is an American actress and model who has a net worth of $3 million. She is best known for starring on the TV series How to Marry a Millionaire.

Lori Nelson was born in Santa Fe, New Mexico in August 1933. She was married to composer Johnny Mann from 1960 to 1973. She made her acting debut in 1952 in the films Bend of the River, Ma and Pa Kettle at the Fair, and Francis Goes to West Point. Lori Nelson also appeared in films and episodes of TV series including All I Desire, The All American, Walking My Baby Back Home, Tumbleweed, Destry, Underwater!, Revenge of the Creature, Ma and Pa Kettle at Waikiki, Sincerely Yours, I Died a Thousand Times, Day the World Ended, Mohawk, Pardners, Hot Rod Girl, Untamed Youth, Outlaw's Son, The Naked Monster, Family Affair, and more. She also dated Tab Hunter and Ronald Robertson. 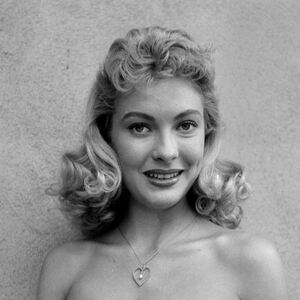