What is Lori Loughlin's Net Worth?

Lori Loughlin is an American actress, model, and producer who has a net worth of $70 million. That is a combined net worth with her fashion designer/co-conspirator husband, Mossimo Giannulli. Prior to March 2019, Lori was best-known for her role on the sitcom "Full House". In March 2019 she gained notoriety after being arrested as part of a nation-wide college admissions scandal.

Lori Anne Loughlin was born in Queens, New York, on July 28, 1964. She was raised in Hauppauge, New York, and graduated from Hauppauge High School.

Loughlin's career began at the age of 11, when she landed a contract as a print model. At 15, she was cast in the ABC soap opera "The Edge of Night," and appeared in the series from 1980 to 1983. During the mid and late eighties, she appeared in a number of feature films and television guest spots. She was then cast as Rebecca "Aunt Becky" Donaldson on the ABC sitcom "Full House" in 1988. Although her character was initially only supposed to have a six-episode arc, she became a regular for the remainder of the series, becoming well-known as Aunt Becky, the wife of John Stamos' character Jesse Katsopolis. After "Full House" ended in 1995, Loughlin co-starred with Tony Danza in the ABC sitcom "Hudson Street," which was cancelled after only one season.

In the nineties, Loughlin starred in the television adaptation of "A Stranger in the Mirror" (1993) and the film "In the Line of Duty: Blaze of Glory" (1997). From 2004 to 2005, she co-created, produced and starred in the WB drama series "Summerland," although the show was cancelled after two seasons due to low ratings. She then co-starred in the ABC sitcom "In Case of Emergency" (2007) with David Arquette. Loughlin has also appeared in films including "Critical Mass" (2000), "Moondance Alexander" (2007), Hallmark film "Meet My Mom" (2010).

She continued her Hallmark network relationship with her starring roles in the telefilm series "Garage Sale Mystery" (2013-2019) and the drama "When Calls the Heart" (2014-2019). She co-starred as Debbie Wilson in "90210," a spin-off of "Beverly Hills, 90210" from 2008 to 2011, and appearing as the character in the season five premiere episode in 2012. She has also reprised her role of Rebecca Donaldson in the Netflix series "Fuller House," a sequel to the original "Full House" series. 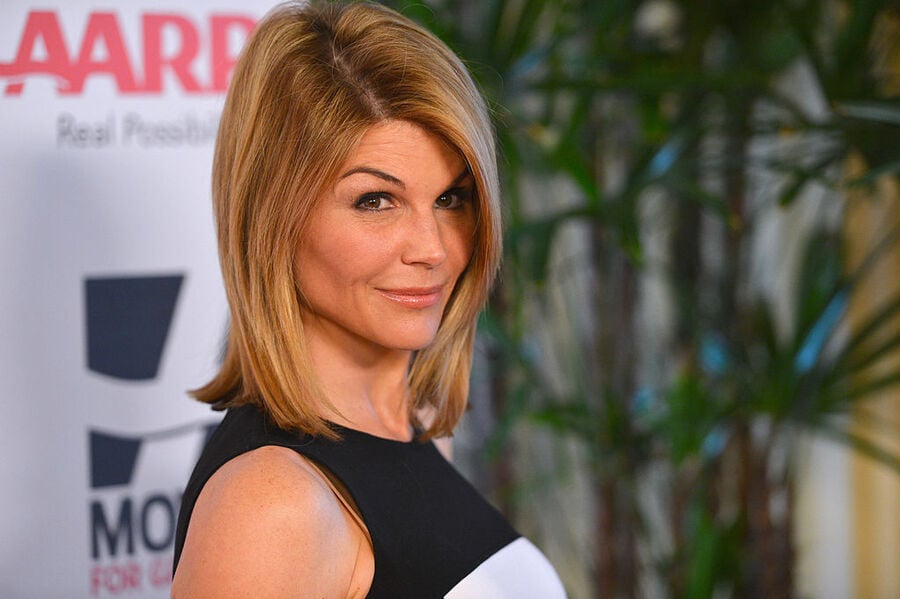 Loughlin was previously married to investment banker Michael R. Burns from 1989 to 1996. She has now been married to fashion designer Mossimo Giannulli since 1997. Together they have two children, Olivia Jade Giannulli and Isabella Rose Giannulli. Mossimo is the founder of the clothing line Mossimo, which was particularly successful in the 1990s. At the peak of the company's success, Mossimo's equity stake was worth $500 million. The good times did not last forever. The company over-expanded too quickly and the stock price eventually cratered. Mossimo sold the company to Iconix Brand Group and today the clothes are exclusively sold at Target.

From 2015 to 2020 Lori and Mossimo's primary residence was a large walled and gated mansion in Bel Air, California on the grounds of the Bel Air Country Club. The couple purchased the house for $14 million in 2015 and proceeded to spend millions on upgrades and renovations. At one point they listed the mansion for sale for an eye-popping $35 million, but they didn't get any takers. They lowered the asking price to $28.7 million but eventually had to settle for $18 million. The buy was Tinder co-founder Justin Mateen.

They sold the home just a few weeks after being forced to resign from the Bel-Air Country Club after several prominent club members complained about allowing convicted felons to remain as members.

They previously owned a home in Laguna Beach's exclusive gated community Emerald Bay. Emerald Bay is considered the Malibu of Orange County. They acquired the property in 1997 for $1.36 million. They first tried to sell the property in 2008 for $12.99 million. A year later, after the real estate market collapsed, they tried to sell for $8.5 million. A year later they accepted $4.1 million.

In September 2021 Lori and Mossimo paid $13 million for a 9,000 square-foot home in the exclusive La Quinta, California gated community, the Madison Club.

On March 12, 2019, the FBI raided Mossimo and Loughlin's Bel Air home in connection to a college bribery scam, and the couple were arrested. They allegedly paid $500,000 to get their two daughters admitted to the University of Southern California under the guise that they were recruited to the rowing team, although neither girl has ever trained as a rower and had any intentions of rowing at college. They were charged with conspiracy to commit mail fraud and honest services mail fraud, and were released on a bail bond of $1 million each. On April 15, 2019, they pleaded not guilty, and rejected a plea deal that required both of them spend two years in prison. Shortly after, they were given the additional charges of money laundering, conspiracy and bribery, which could mean up to fifty years behind bars if convicted.

On October 22, 2019, authorities announced that Loughlin would face additional charges in the college admissions cheating scandal, including "conspiring to commit federal program bribery." Additionally, Loughlin and Mossimo have been named as defendants in a private class-action lawsuit brought on by Stanford University graduates, who allege that their degrees have been devalued as a result of their school's association with the college cheating scandal.

Fallout from Loughlin's involvement in the college cheating scandal include the Hallmark Channel severing ties with her, stopping all scheduled productions of projects that involved Loughlin, and editing out all of her scenes in season six of "When Calls the Heart." Netflix also dropped her from their show "Fuller House," and she and her daughter Olivia Jade were removed from Hewlett-Packard advertising for a campaign they previously shot with the brand in 2017. Olivia Jade's career has also taken a hit. As an internet personality and social media influencer, she had previously enjoyed lucrative deals and partnerships with brands such as beauty retailer Sephora, haircare brand TRESemmé, clothing retailer Princess Polly, which all were ended by the brands after news of the admissions scandal broke. 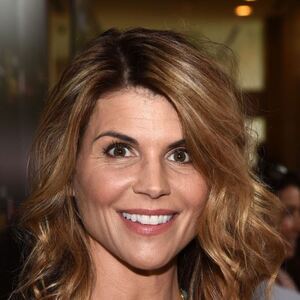