Lori Beth Denberg net worth: Lori Beth Denberg is an American actress and comedian who has a net worth of $750 thousand. Lori Beth Denberg was born in Northridge, California in February 1976. She started acting at six years old in community and school productions. Her first television role came in the Nickelodeon sketch comedy series All That from 1994 to 1998.

In 1997 she made her first film role starring in the movie Good Burger as Connie Muldoon. From 1998 to 2002 Denberg starred as Lydia Liza Gutman in the sitcom The Steve Harvey Show. She appeared in an episode of Malcolm in the Middle in 2004 as well as starring as Martha Johnstone in the movie Dodgeball: A True Underdog Story. Denberg starred in the 2006 video 18 Fingers of Death! as Shirley House. She is scheduled to star as Esther Schmidt in the upcoming TV movie Goody Goody. She was a regular panelist on the TV series Figure It Out from 1997 to 1998. She also made a cameo on the series Workaholics in 2012. At the 2011 Comikaze Expo Lori Beth reunited with cast members of All That. 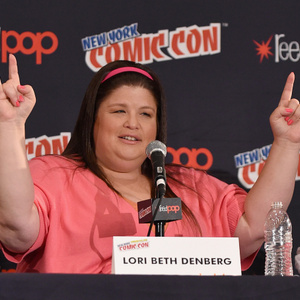