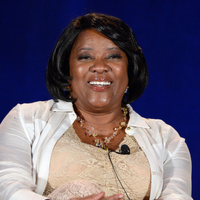 Loretta Devine net worth: Loretta Devine is an award-winning American actress who has a net worth of $10 million. Loretta Devine has earned her net worth thanks to a 30 year acting career, taking on stage, television and film roles. She's also a voice actress, providing her voice to the animated TV show, The PJ's. Growing up in Texas, Devine was an ultra-active child, regularly performing in talent shows at George Washington Carver High School. Devine kept her passion for acting alive through gaining a degree in Speech and Drama in 1971 and then went on to gain a MFA in theatre in 1976. Devine was a regular cast in stage plays, before landing a big role in the 1981 musical, Dreamgirls. Based loosely on the Supremes, Devine portrayed Lorrell Robinson (a character based on Mary Wilson.) Dreamgirls was a huge hit, as run for roughly 1,500 performances. Devine also appeared the film version of Dreamgirls in 2006.

From her performance in the 1981 musical, a string of roles was lined up for the seasoned actress throughout the 1980's. She appeared in the 1986 play, The Coloured Museum and also had small parts in films Little Nikita (1988) and Stanley and Iris (1990). Also in 1990, Divine co-starred (with Vickilyn Reynolds) in a short-lived TV series Sugar and Spice. Divine and Reynolds have previously performed together in The Coloured Museum. Devine's warming portrayal as Gloria Matthews in the all-star 1995 film, Waiting to Exhale, earned her a NAACP award for best supporting actress. Devine worked alongside big names – Whitney Houston, Angela Bassett and Gregory Hines. She teamed up again with Houston and Hines for 1996 film, The Preacher's Wife. From this all-star film, she claimed her second NAACP award for best supporting actress. Devine kept on calming the awards. In 2000, she appeared in the TV drama Boston Public, where she received three Image Awards. At this time, she was also in prominent blockbusters, including Urban Legend, Urban Legend: Final Uncut, I Am Sam and Crash. Devine has more reason to celebrate – in 2011, she received an Emmy award for her outstanding portrayal as Adele Webber on the medical drama, Grey's Anatomy.