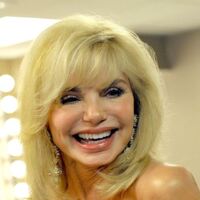 What is Loni Anderson's Net Worth and Salary?

Loni Anderson is an American actress who has a net worth of $12 million. Loni Anderson is best known for her performance as sultry receptionist Jennifer Marlowe on the sitcom "WKRP in Cincinnati." For her work, she received three Golden Globe and two Emmy Award nominations. Anderson has also been on shows such as "S.W.A.T.," "Barnaby Jones," "Easy Street," and "Nurses," and in made-for-television movies including "The Jayne Mansfield Story," "Too Good to Be True," and "White Hot: The Mysterious Murder of Thelma Todd." Other TV and film credits include "All Dogs Go To Heaven," "Partners in Crime," "Sabrina, the Teenage Witch," "V.I.P.", "A Night at the Roxbury," and "A Letter to Three Wives."

Lonnie has been married four times. Her most famous marriage was the five-year union to actor Burt Reynolds. Legally they were married from 1988 to 1994. After a bitter divorce battle, Burt was ordered to pay Lonnie a large settlement that became an on-going national punchline. In the end Burt was ordered to pay Lonnie $15,000 per month in spousal support. That's the same as around $30,000 per month today. Burt also had to keep paying the mortgage on their $2 million Beverly Hills mansion. As Burt's career cooled significantly in the 1990s, the support payments caused immense financial strain for the actor.

Loni Anderson was born in 1945 in Saint Paul, Minnesota. Her father, Klaydon, was an environmental chemist, while her mother, Maxine, was a model. She was raised in the suburb of Roseville, Minnesota, where she attended Alexander Ramsey Senior High School. After graduating, she enrolled at the University of Minnesota.

Anderson made her acting debut in 1966, appearing in an uncredited role in the Steven McQueen Western "Nevada Smith." Following this, she went almost entirely unemployed as an actress for close to a decade, before landing guest roles on television series in the mid-70s. In 1975 alone, she appeared in two episodes of the crime drama "S.W.A.T," was in episodes of "The Invisible Man" and "Harry O," and appeared on the sitcom "Phyllis" and the detective series "Police Woman." Anderson continued her early television work in the 70s with guest spots on "Police Story," "Barnaby Jones," "The Bob Newhart Show," "The Love Boat," and "The Incredible Hulk."

In 1978, after guest-starring on a season two episode of the hit sitcom "Three's Company," Anderson debuted what would become her most famous role: the seductive receptionist Jennifer Marlowe on the CBS sitcom "WKRP in Cincinnati." The creator of the sitcom, Hugh Wilson, gave Anderson the role because she had qualities that reminded him of the likes of Marilyn Monroe and Jayne Mansfield. The series, which followed the misadventures of the staff of a floundering fictional radio station in the titular Ohio city, ran until 1982, when it was canceled due to low viewership. Anderson briefly walked out on the show in the summer of 1980, demanding a salary increase; she returned when the network agreed to her terms. 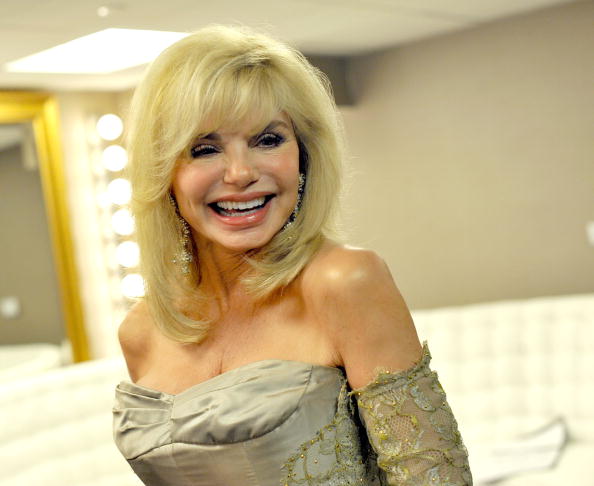 Further Television Career in the 80s

While she was briefly on hiatus and renegotiating her "WKRP" contract, Anderson starred as the titular blonde bombshell in the 1980 made-for-television biopic "The Jayne Mansfield Story." After this, and following the cancellation of "WKRP," Anderson's acting career began to wane. She costarred alongside "Wonder Woman" actress Lynda Carter on the short-lived crime drama "Partners in Crime," and was in an episode of Steven Spielberg's anthology series "Amazing Stories." Anderson also appeared in a couple television adaptations of classic Hollywood films, including "A Letter to Three Wives" and "Sorry, Wrong Number"; however, neither garnered much public attention. Additionally, she lent her voice to the part of Blondie Bumstead in two television adaptations of the famous comic strip "Blondie."

From 1986 to 1987, Anderson starred on the NBC sitcom "Easy Street," playing a former showgirl who's left to deal with the bitter family of her deceased wealthy husband. The show lasted for 22 episodes.

After starring in the made-for-television romcom "Coins in the Fountain" in 1990, Anderson made a critical comeback playing the titular role of comic actress Thelma Todd in the television film "White Hot: The Mysterious Murder of Thelma Todd." In 1991, she reprised her role as Jennifer Marlowe in two episodes of "The New WKRP in Cincinnati," a sequel to the original series. Later, in 1993, Anderson landed a major part on the NBC spinoff sitcom "Nurses," portraying the hospital administrator Casey MacAffee. Due to low ratings, however, the show was cancelled in 1994. Subsequently, Anderson appeared in episodes of the CBS crime drama "Burke's Law," the primetime soap opera "Melrose Place," the ABC sitcom "Sabrina the Teenage Witch," and the action comedy series "V.I.P.," starring Pamela Anderson.

In 2001, Anderson guest-starred in a Mother's Day episode of the NBC sitcom "Three Sisters." From 2003 to 2004, she played the leading female role of Mandi Mullet-Heidecker, a blue-collar mother of two sons, on the UPN sitcom "The Mullets." Later credits have included VH1's "So Notorious," starring Tori Spelling; the sitcom "Baby Daddy"; and "My Sister is So Gay."

Anderson has been wed four times. First, she married Bruce Hasselberg in 1964; they had a daughter, Deidra, and divorced in 1966. Next, in 1973, Anderson was married to Ross Bickell, whom she divorced in 1981.

From 1988 to 1994, she was in a high-profile marriage with actor Burt Reynolds, who had previously been her costar in the 1983 comedy film "Stroker Ace." The couple adopted a son, Quinton, in 1988.

After divorcing Reynolds, Anderson did not marry again until 2008, when she was betrothed to folk musician Bob Flick. The two have a long history, as they first met in 1963 at a movie premiere in Minneapolis.

Having observed the effects of COPD on her parents, who were chronic smokers, Anderson became a spokesperson in 1999 to raise awareness about the disease.

In July 2007 Loni sold a French-style mansion in the private gated neighborhood of Mulholland Estates in Beverly Hills for $5.7 million. She purchased this home in 1994 for $2.275 million soon after divorcing from Burt Reynolds. This is the home that Burt was forced to continuing paying for as part of their divorce settlement.