Lola Glaudini Net Worth and salary: Lola Glaudini is an American actress who has a net worth of $4 million. Lola Glaudini was born in Manhattan, New York in November 1971. Lola is the daughter of playwright Robert Glaudini. She won a Drama-Logue Award as Best Actress for the drama Demonology at the Mark Taper Forum.

Her debut film role came as Anna in the 1996 movie Without a Map. From 1996 to 1999 Lola starred as in the TV series NYPD Blue. She starred as Heather in the series The Handler from 2003 to 2004. From 2002 to 2004 she starred as Agent Deborah Ciccerone in the television series The Sopranos. She starred as Elle Greenaway in the series Criminal Minds from 2005 to 2006. In 2010 she starred as Kat Damatto in the series Persons Unknown. She has starred in the movies Down to You, Groove, Blow, Invincible, Drive-Thru, Jack Goes Boating, and That Awkward Moment. Glaudini has appeared in episodes of The Visitor, The Magnificent Seven, The King of Queens, Monk, Las Vegas, Crossing Jordan, Medical Investigation, ER, Law & Order: Criminal Intent, Persons Unknown, Blue Bloods, Law & Order: Special Victims Unit, White Collar, Person of Interest, and Castle. Lola is married and has two sons. 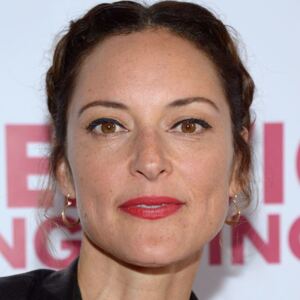