Logan Lerman Net Worth: Logan Lerman is an American actor who has a net worth of $8 million dollars. Born January 19, 1992 in Beverly Hills, California, Logan Lerman best known as the main character (Percy Jackson) in the fantasy-adventure film franchise Percy Jackson. His other acting credits include commercial work in the mid-1990s, Jack & Bobby series (2004-2005), movies The Butterfly Effect (2004) and Hoot (2006). He gained further recognition in the western 3:10 to Yuma, thriller The Number 23, comedy Meet Bill and 2009's Gamer and My One and Only. Lerman also played the role of d'Artagnan in 2011's The Three Musketeers and starred in the teen drama The Perks of Being a Wallflower (2012). He also had supporting roles in the 2014 films Noah and Fury. Lerman considered himself the black sheep of the family because he was an actor and most of his relatives worked in the medical profession. His family owns and operates the orthotics and prosthetics company Lerman & Son, which was founded by his grandfather Jacob Lerman in 1915. Lerman had a passion for movies even as a child and started acting just for fun. He began auditioning for parts in the late 1990s and soon appeared in his first commercials. According to BlackBook magazine, Lerman aspires to be the head of a film studio one day. 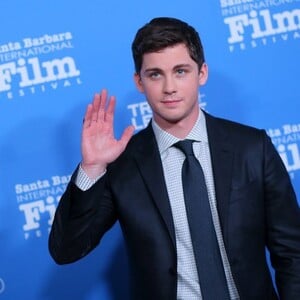