Logan Huffman Net Worth: Logan Huffman is an American actor who has a net worth of $150 thousand dollars. Logan Huffman was born December 22, 1989 in Indianapolis, Indiana. A few years ago, the actor was restoring a 1956 Mercury at his family's home in Indianapolis. The classic car caught the attention of his neighbors, including a voice and movement coach who encouraged Huffman to read some lines.

"I always liked acting," Huffman tells an interviewer, "but I thought the Marines were a more rational route. He skipped the Marines and went to Gattelypoole Acting Intensive at Northern Illinois University. Excelling, he moved to New York at 17 to start pursuing his dream of acting. Within a few months of arriving, Huffman landed a small part in Lymelife, the critically acclaimed indie film starring Emma Roberts. Soon after, he landed a lead role in Rosie O'Donnell's movie of the week, America. Around that same time, he also took a role in the Circledrawers project, a series created by Poppoli Pictures and Cicala Filmworks. He is also known for his work in V (2009) and A Smile as Big as the Moon (2012). Logan Huffman is a triplet (his triplet brother is Luke and his triplet sister, Noelle). Logan was recently called One of the 55 Faces of the Future by Nylon Magazine's Young Hollywood Issue. 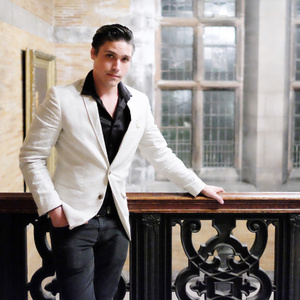