How much is Logan Browning Worth?

Logan Browning net worth: Logan Browning is an American actress, singer, and songwriter, who has a net worth of $1 million dollars. Logan Browning was born in Atlanta, Georgia, and graduated from Fayette County High School. She gained attention in 2004, when she began appearing in a recurring role on the television series, "Summerland". From there, she went on another recurring role on "Ned's Declassified School Survival Guide". She co-starred in the feature film, "Bratz: The Movie", and was then cast in the role that would make her a household name, as Brianna Ortiz on "Meet the Browns". She has also appeared on "Pair of Kings" and the cult hit series, "The Secret Circle". She has also appeared in music videos for Prima J and Dijon Taton. She is currently co-starring on the new VH1 drama, "Hit the Floor", about the behind-the-scenes world of professional cheerleading. She is next slated to appear in the feature film, "Breaking at the Edge". 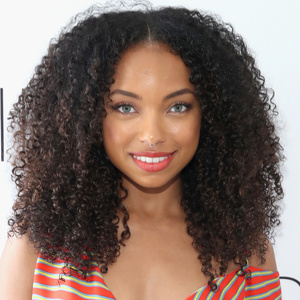