Lochlyn Munro Net Worth and salary: Lochlyn Munro is a Canadian actor who has a net worth of $800 thousand. Lochlyn Munro was born in Lac La Hache, British Columbia, Canada in February 1966. After his dreams of being a professional ice hockey player were ended due to injury he started an acting career. Lochlyn has over 180 acting credits to his name. He first appeared in the TV series Danger Bay in 1989. Munro appeared in the TV series 21 Jump Street from 1987 to 1990. From 1994 to 1995 he starred as McKinney in the television series Hawkeye. In 1996 he starred as Agent Andrew Forbes in the TV series Two. Munro starred as Jack Sheridan in the series Charmed from 1999 to 2000. In 2012 he starred as Mark Simms in the TV series True Justice. He has also starred in the movies Unforgiven, Wagons East!, Dead Man on Campus, A Night at the Roxbury, Scary Movie, Freddy vs. Jason, White Chicks, The Benchwarmers, The Tooth Fairy, Daddy Day Camp, The Company You Keep, The Package, Hansel & Gretel Get Baked, Assault on Wall Street, Kid Cannabis, The Age of Reason, and Rampage: Capital Punishment. 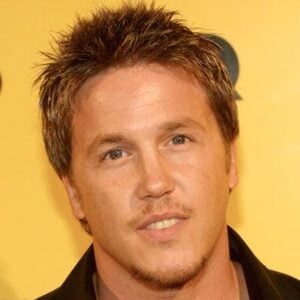