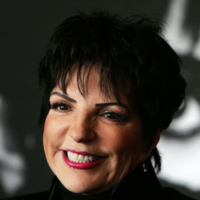 What is Liza Minnelli's Net Worth?

Liza Minnelli is an American actress, singer, and dancer who has a net worth of $50 million. She is probably best known for her role in 1972's "Cabaret," for which she won an Academy Award. Outside of film, Minnelli is an accomplished stage actor who has appeared in numerous high-profile musical productions. Although she began her career in theatre, she is now known for a wide range of film and television roles. Outside of acting, Liza is a successful singer who has released several successful albums.

Liza May Minnelli was born on March 12th of 1946 in Los Angeles, California. Born into a family of entertainers, Liza's mother is the late Judy Garland. Her father is the late stage and film director Vicente Minnelli. Liza was raised alongside a number of half-siblings and began her film career at the age of three, taking a role in "In the Good Old Summertime." The movie also starred her mother. In 1961, Minnelli moved to New York City to attend high school.

Liza's first professional acting role came at the age of 17 when she took a role in the off-Broadway musical "Best Foot Forward." The next year, she performed alongside her mother at the London Palladium. By the age of 19, she had booked a leading role in the Broadway musical "Flora the Red Menace." She won a Tony Award as a result of this performance.

While her acting career was blossoming, Minnelli also nurtured her singing career. While still 19, Liza began to sing at nightclubs all over the country. During the 60s, she recorded a number of albums and continued to release more albums throughout the 70s. In 1989, she teamed up with the Pet Shop Boys to record the album "Results." The album charted well. During this period, she was nominated for several Grammys. She continues to release successful albums well into the modern era, and in 2010 she released the album "Confessions."

Minnelli also got started as a film actress during the 60s, and her first credited role was in "Charlie Bubbles" in 1967. Two years later, she booked a role in the film "The Sterile Cuckoo," playing a nerdy teenager. The performance gained her an Academy Award nomination, and in 1970 she played another interesting character in "Tell Me That You Love Me, Junie Moon." Although she was gaining quite a reputation with these film roles, her true film breakthrough came in 1972 with "Cabaret." She played Sally Bowles, the most iconic role of her career. As a result of her performance, she won the Academy Award for Best Actress in a Leading Role. Numerous other awards soon followed. 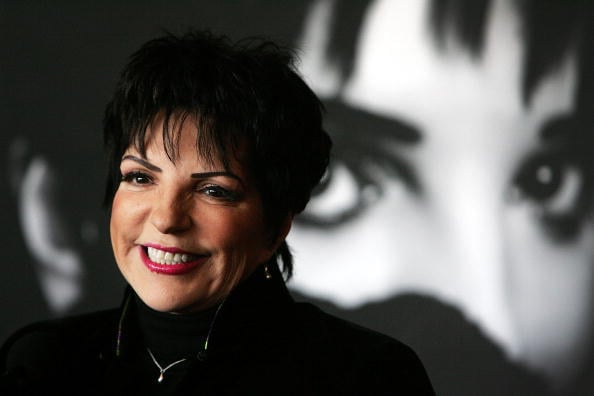 Although she was at the top of her game after "Cabaret," her next three films proved to be serious flops at the box office. These were "Lucky Lady," "New York, New York," and "A Matter of Time." That being said, "New York, New York" featured what would become Liza's signature song. Despite these disappointments, she managed to bounce back with the film "Arthur" in 1981. After these movies Minnelli appeared in fewer film roles. Her sole release of the 90s was "Stepping Out," and after the year 2000 she appeared in just one film: "The Oh in Ohio."

Outside of film, Minnelli booked a number of notable TV roles. She appeared on a range of variety shows during the 60s, and in 1964 she appeared in her first dramatic role in the series "Mr. Broadway." During the next few years, Liza focused on her film career, but in the 2000s she returned to television with roles in "Arrested Development," "Law & Order: Criminal Intent," and "Drop Dead Diva." Outside of film and television, Liza has continued to appear in high-profile theatrical productions throughout her career, many of which were on Broadway.

Minnelli then married Mark Gero, a sculptor. This relationship lasted until 1992, when they divorced. In 2002, Minnelli married David Gest, a concert promoter. This relationship would last only one year. Later, Gest claimed that he had suffered domestic abuse after Minnelli had become drunk and angry. Liza has also dated a number of celebrities, including Peter Sellers and Martin Scorsese.

Liza Minnelli is well known for her substance abuse struggles throughout the years. There are numerous reasons for these issues, especially when it comes to her drug use. Liza was taking considerable amounts of recreational drugs during the 70s, as she was hanging out with figures like Andy Warhol and Bianca Jagger. These celebs would often engage in drug use and go to nightclubs in New York City, where Minnelli would also perform.

She also became addicted to Valium after her mother passed away, and this sparked a long struggle with prescription drug abuse. In addition, Minnelli is known for her struggle with alcoholism in the past. In 1984, she entered the Betty Ford Clinic, a treatment center specializing in substance abuse.

In 2015, Minnelli sold a condo in New York City for just over $8.372 million. The apartment was situated in the luxurious and affluent Imperial House complex on East 69th street in Manhattan. She had purchased the property decades earlier, and in 1981 the apartment was highlighted in an edition of "Architectural Digest" magazine. The photos showed that Liza had employed interior designer Timothy Macdonald to decorate the apartment. The magazine spread also showed Minnelli's expensive collection of Andy Warhol artwork. Her Manhattan residence was not seen again for many years, although it is assumed that it still featured a white marble entrance gallery at the time of its sale.