Liza Koshy net worth and salary: Liza Koshy is an American actress and social media personality who has a net worth of $6 million. As of this writing Liza has 18 million subscribers on YouTube and more than 2.4 billion video views.

Early Life:  Liza Koshy was born in Houston, Texas on March 31, 1996. Her mother Jean Carol is a yoga instructor and her father Jose Koshy is a petroleum executive. She is half Indian and half Caucasian. She has two older sisters. She was placed in a dual language education and immersion program in grade school, where she learned to speak fluent Spanish. Koshy graduated from Lamar High School in 2014 and enrolled at the University of Houston. After briefly studying business marketing, Liza left college in 2015 to move to Los Angeles in order to pursue a full-time career in entertainment.

Social Media: Liza started to post short comedic videos on Vine in 2013 under the pseudonym Lizzza. By the time Vine shut down in 2017, she had gained 7 million followers. She started posting on YouTube in 2016. She even interviewed President Barack Obama on her YouTube channel in 2016 before the election, to encourage young people to register and vote. Koshy stopped adding new videos to her YouTube account in early 2018 after she decided to try acting full time, but resumed posting in 2019. She has one of the fastest-growing YouTube channels. As of this writing, she has nearly 18 million subscribers on YouTube and her channel has generated more than 2 billion views. Koshy reportedly gains tens of thousands of subscribers each day. By 2017, her total social media reach was around 45 million followers. Koshy is adored by her followers for her impeccable comedic timing, facial expressions, dance moves, and commitment to the comedic moment, as well as the high-quality camera work and editing in her videos. She also has over 18 million Instagram followers as of March 2020. Koshy was named by Time magazine in 2019 on their list of 25 Most Influential People on the Internet. She was nominated for a Streamy Award for Audience Choice Entertainer of the Year in 2016 a People's Choice Award for Favorite Social Media Star in 2017. 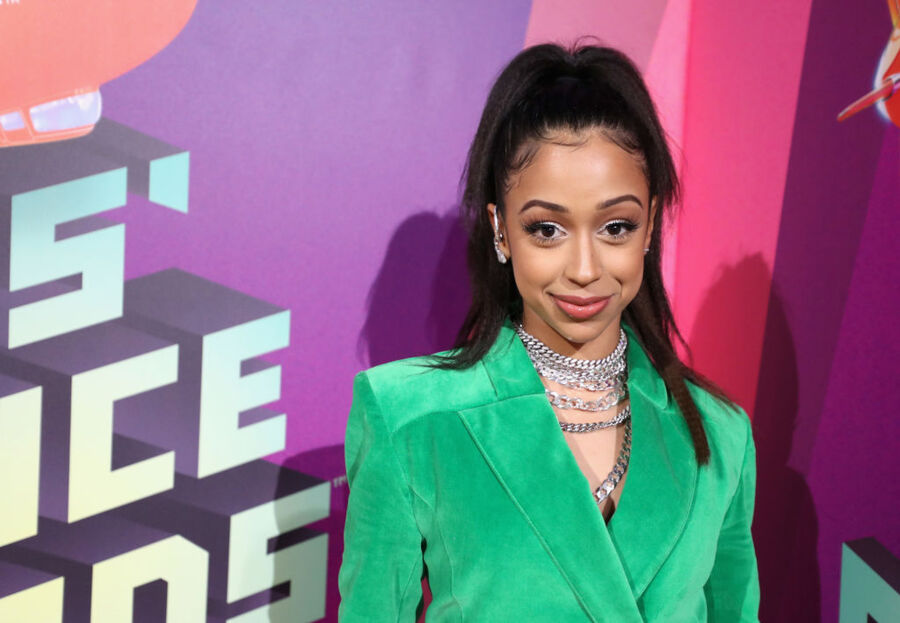 Acting Career: Koshy starred as Violet Adams in the Hulu horror series Freakish in 2016 for two seasons. She played Aday Walker in horror-comedy feature film Boo! A Madea Halloween. She starred in the 2016 comedy film FML as Princess Aubrey. Liza had a recurring role as The Explorer in Escape the Night, a YouTube Premium mystery-reality series. Liza on Demand, which she stars in and co-produces, premiered in June 2018. Season two premiered in September 2019. She voiced the character of Owl in animated virtual reality short film Crow: The Legend starring John Legend. Koshy is scheduled to appear in Netflix dance-comedy film Work It in 2020.

Other Work: Liza hosted the live preshow for the 2017 Golden Globes, and it received a record 2.7 million live viewers on Twitter. She was a host on MTV's Total Request Live from 2017-2019, as well as serving as a producer and developer of content for MTV during that time. On behalf of Vogue magazine, Koshy conducted celebrity interviews who attended the 2018 and 2019 Met Gala. She does online ads for Beats Electronics, and her ads draw four times more viewers than other celebrities. Koshy also does advertisements for Beyond Meat.

Personal Life: Koshy and fellow YouTube personality David Debrik dated from 2015-2017. She collaborates on a necklace collection with jewelry company The Giving Keys, which employs and supports for the formerly homeless. Koshy also acts as co-chair for nonpartisan group When We All Vote, dedicated to increasing voter registration and participation. 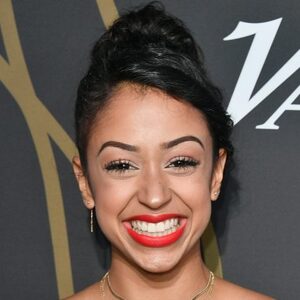