Liz Taylor Net Worth: Liz Taylor was a British-American actress who had a net worth of $600 million dollars at the time of her death. Elizabeth was a fashion icon humanitarian, and one of the most famous Hollywood stars of the 1950s and 1960s. She began as a child actress in the early 40s, continued to lead a successful and award-winning career on screen throughout the 60s, and remained a prominent public figure until her death in 2011. Beyond the limelight, Taylor was known for her eventful personal life, which included a lavish jet-setting lifestyle, eight marriages, multiple illnesses, and many philanthropic pursuits.

Early Life and Career Beginnings: Elizabeth Rosemond Taylor was born in 1932 in London, England, to socially prominent parents from the US: art dealer Francis Lenn Taylor and retired stage actress Sara Sothern. In 1939, due to fear of war breaking out in Europe, she and her family relocated to Los Angeles, where Taylor attended Hawthorne School. While in California, the young Taylor garnered attention for her violet eyes and thick, dark eyelashes, and was encouraged by the family's industry friends to audition for films. In early 1941, Taylor auditioned for both MGM and Universal Pictures, and ended up being offered contracts from both.

In 1942, Taylor made her acting debut with a small role in "There's One Born Every Minute," after which her contract with Universal was terminated. Another opportunity came later that year when Taylor was able to audition for a minor part in MGM's "Lassie Come Home." She was given a three-month trial contract, which was extended into a standard seven-year contract in early 1943. The actress fully broke out the next year, when, at the age of twelve, she was cast in the horse-racing drama "National Velvet." The film was a box-office smash upon its release on Christmas in 1944, and by the time Taylor turned fifteen, she was being compared to older Hollywood stars such as Lana Turner and Ava Gardner. Prominent films from Taylor's teenage years included 1947's "Life with Father"; 1948's high school-themed musical "A Date with Judy"; and the romantic comedy "Julia Misbehaves." The final adolescent role for Taylor came with the 1949 adaptation of "Little Women."

Adult Roles and Critical Triumphs: As an adult, Taylor began branching out to more mature roles, such as the wife of a suspected Soviet spy in 1949's "Conspirator," and as a bride-to-be preparing for her wedding in 1950's "Father of the Bride." Taylor's greatest critical acclaim yet, however, came with "A Place in the Sun" in 1951, in which she played a pampered socialite opposite stars Montgomery Clift and Shelley Winters. The film was a hit, garnering six Oscars. Taylor followed this with a number of successes for MGM, including 1952's "Love is Better Than Ever" and "Ivanhoe," and 1954's "The Last Time I Saw Paris," a romantic drama with Van Johnson.

The peak of Taylor's critical success came in the latter half of the 1950s and early 60s. This is when she starred alongside James Dean and Rock Hudson in the 1956 western epic "Giant." The following year, Taylor was reunited with former costar Montgomery Clift for MGM's Civil War drama "Raintree Country." Playing a mentally disturbed Southern belle, the actress received her first Academy Award nomination for Best Actress. Three more consecutive nominations followed, for 1958's "Cat on a Hot Tin Roof"; 1959's "Suddenly, Last Summer," costarring Katharine Hepburn and Montgomery Clift; and 1960's "BUtterfield 8," in which she played a high-class sex worker. The latter film was a wild commercial success, and earned Taylor her first Oscar.

Upon finishing her MGM contract, Taylor starred in 20th Century Fox's massive-budget "Cleopatra," which became the biggest film of 1963. Appearing alongside future husband Richard Burton, with whom she was having an extramarital affair behind the scenes, Taylor became the first actress to be paid $1 million for her role. Taylor and Burton subsequently appeared together in "The V.I.P.s," and continued to work as costars throughout the 1960s as a super-couple. The apogee of their collaborations came with 1966's "Who's Afraid of Virginia Woolf?," an adaptation of the Edward Albee play in which they played a bitter, bickering married couple. Taylor's performance became the most critically acclaimed of her career, and earned her a second Oscar for Best Actress. 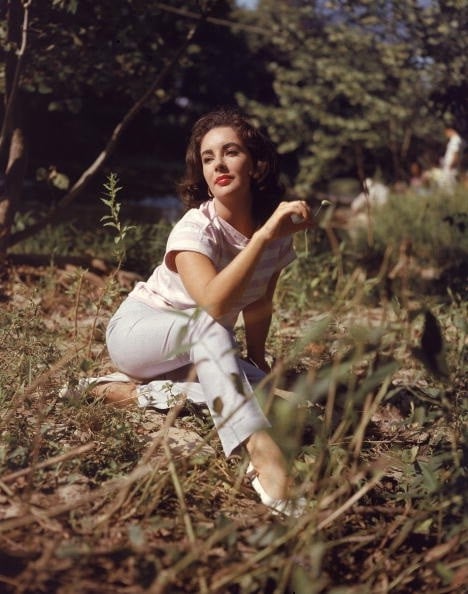 Career Decline and Retirement: Gaining weight and unable to keep up with the glamour of New Hollywood stars like Jane Fonda, Taylor's career went into decline in the late 60s. She continued to appear in films throughout the 70s, but her critical and commercial successes were largely behind her. In the early 80s, seeking to challenge herself, she took the leading role of Regina Giddens in a Broadway production of "The Little Foxes." For the rest of the decade, Taylor mostly acted in made-for-TV productions such as "Malice in Wonderland," "There Must Be a Pony," and "Sweet Bird of Youth." After off-and-on work in the 1990s and early 2000s, during which time she mainly focused on HIV/AIDS activism, Taylor announced her retirement in order to devote her time to philanthropy.

Personal Life: Taylor's adult years were marked by intense media attention around her romantic life, which included scandalous affairs and eight marriages. The first marriage was to Hilton heir Conrad Hilton Jr., whom she wed when she was eighteen. The two divorced within eight months, after Hilton revealed himself to be abusive and alcoholic. Taylor's second marriage was to actor Michael Wilding in 1952; they had two sons, and divorced in 1957. That year, Taylor married producer Mike Todd, and had one daughter. In 1958, Todd was killed in a plane crash. Shortly after, the actress began an affair with the married Eddie Fisher, resulting in scandal. However, the two later married in 1959. While filming "Cleopatra" in 1962, Taylor began yet another affair with the man who would become her famous screen partner: Richard Burton. They married in 1964 after Taylor's divorce from Fisher; ten years later, Taylor and Burton divorced. In 1975, the two were married for the second time, and divorced for the second time in 1976. Soon after, Taylor met and married Republican politician John Warner, whose electoral campaign she worked on. Becoming bored and lonely in Washington, Taylor divorced Warner in 1982. The actress went on to date actor Anthony Geary, and was engaged briefly to lawyer Victor Luna and businessman Dennis Stein. Her seventh and final husband was construction worker Larry Fortensky; their relationship lasted from 1991 to 1996.

Beyond her storied love life, Taylor was prolific in activism and charity work. She was one of the first celebrities to raise awareness of HIV/AIDS, helping to raise over $270 million for the cause. Taylor also testified before Congress promoting the Ryan White Care Act, and founded a number of organizations to raise money for research and provide support services to those suffering from the disease.

Additionally, Taylor was an avid supporter of Jewish and Zionist causes, having converted to Judaism in 1959. She helped raise money for the Jewish National Fund, and was on the board of trustees of the Simon Wiesenthal Center.

Death and Legacy: Taylor dealt with numerous injuries and illnesses throughout her life, from bone fractures to near-fatal bouts of pneumonia. A heavy smoker, she also became addicted to alcohol and pain killers, and was eventually confined to a wheelchair due to problems with her back. In 2011, six weeks after being hospitalized for congestive heart failure, Taylor passed away at age 79.

Today, Taylor maintains a profound legacy, and has garnered a reputation as an LGBTQ icon due to her activism. In addition to her Oscars, she was given the Presidential Citizens Medal in recognition of her philanthropic work. She also received such prestigious honors as the AFI Life Achievement Award, the Cecil B. DeMille Award, an honorary award from the Screen Actors Guild, and the title of Dame Commander of the Order of the British Empire. In 1999, the American Film Institute named Taylor the seventh greatest female screen legend of all time. 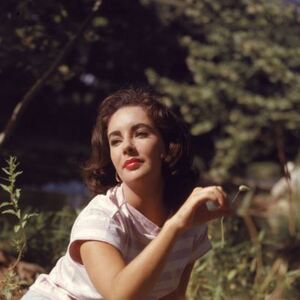